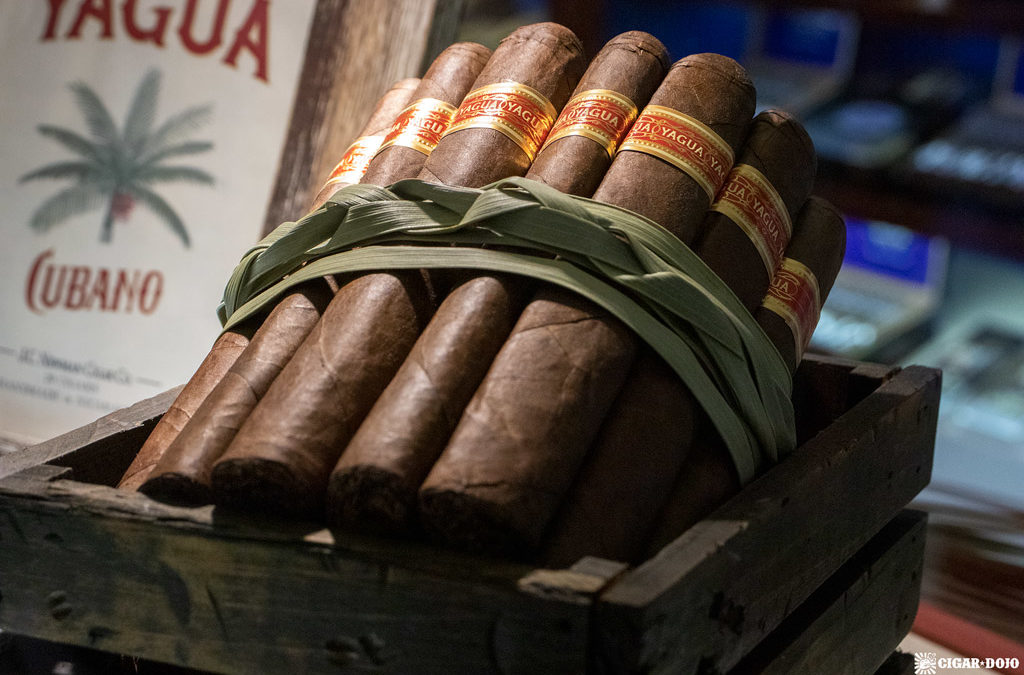 Cigars produced by J.C. Newman, carry a legacy of dedication to quality, and history. Through two world wars, a great depression, and the cigar boom, many of our cigars have stood the test of time. As we approach our 125th company anniversary, we reflect on the cigars we’ve produced that have made an impact on the industry, all while looking ahead to what we can contribute to the future.

Innovation is key to growth but taking a moment to look into the past has allowed us to make decisions about the future. Two of the newest cigar additions to our catalog, the Yagua and The American, are taking us back to the roots of cigar making, while forging forward into the ever-changing palates of the cigar smoker. 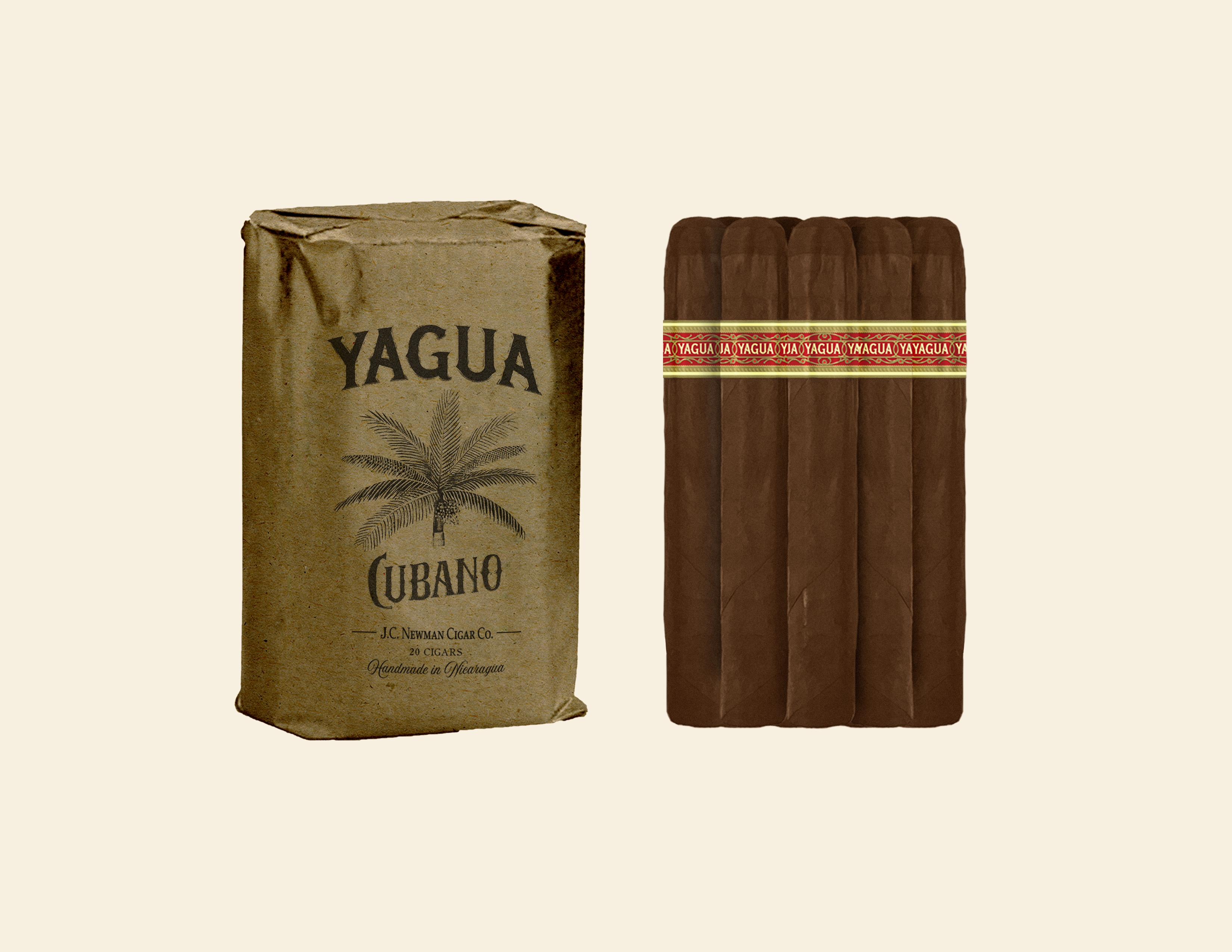 This cigar will be far from the blemish free cigars that the industry has come to know and love. This cigar is birthed from a romantic story, told to Drew Newman by the J.C. Newman PENSA factory manager, Lazaro Lopez.

Lazaro recounted tales of his grandfather, working out in the remote tobacco fields of Cuba, far from the cigar factories in the cities. After harvesting the tobacco and allowing it to ferment, Lazaro’s grandfather would roll up a few cigars by hand to smoke for himself. Without any of the modern factory tools, Lazaro’s grandfather had to be resourceful. He took a few fronds from the Yagua tree – a royal palm that is native to Cuba – and tied them around a bundle of his hand rolled cigars to help give them a firm shape. While the unique binding technique worked, because the cigars were pressed together while still wet, they took the form of the other cigars they were tied to, resulting in cigars that were anything but round. Some cigars had five sides, others were more triangular, but none were the same.

Inspired by Lazaro’s childhood memory, we challenged our factory to make a cigar using the same process. The tobaccos were hand selected and fermented to mimic the boldness of his Grandfather’s freshly picked tobacco and the cigars are rolled wet, ensuring each cigar is uniquely shaped.  Named Yagua, after the palm leaves which bound the cigars, this new concept is sure to appeal to the seasoned cigar lover looking for something unconventional in the modern humidor.

The American: Back to Tampa Cigar Factory Roots

By now you’ve probably heard of our project, The American. After much anticipation, this cigar has recently shipped to select retailers nation-wide.

The brand was initially created by E. Regensburg and Sons – which originally owned the El Reloj factory J.C. Newman currently operates in Tampa, Florida. Though, at that time, the cigar was not 100% American made like today’s version, the original label has been enhanced, and elevated, while keeping the original symbolism in a nod to the history of the cigar.

The entire American production is only rolled by two hand-rollers here in Tampa, making the cigar very limited. When the factory re-opens in 2020 for our 125th company anniversary, we will have a significant portion of the 3rd floor dedicated to the tradition of hand-rolling cigars. With room for 14 rollers, and even a lector, El Reloj will look and feel like taking a step back in time; back to the early 1900’s of cigar making in Tampa. At that time more cigars will be rolled, and you will even be able to purchase limited edition cigars right here at the factory. 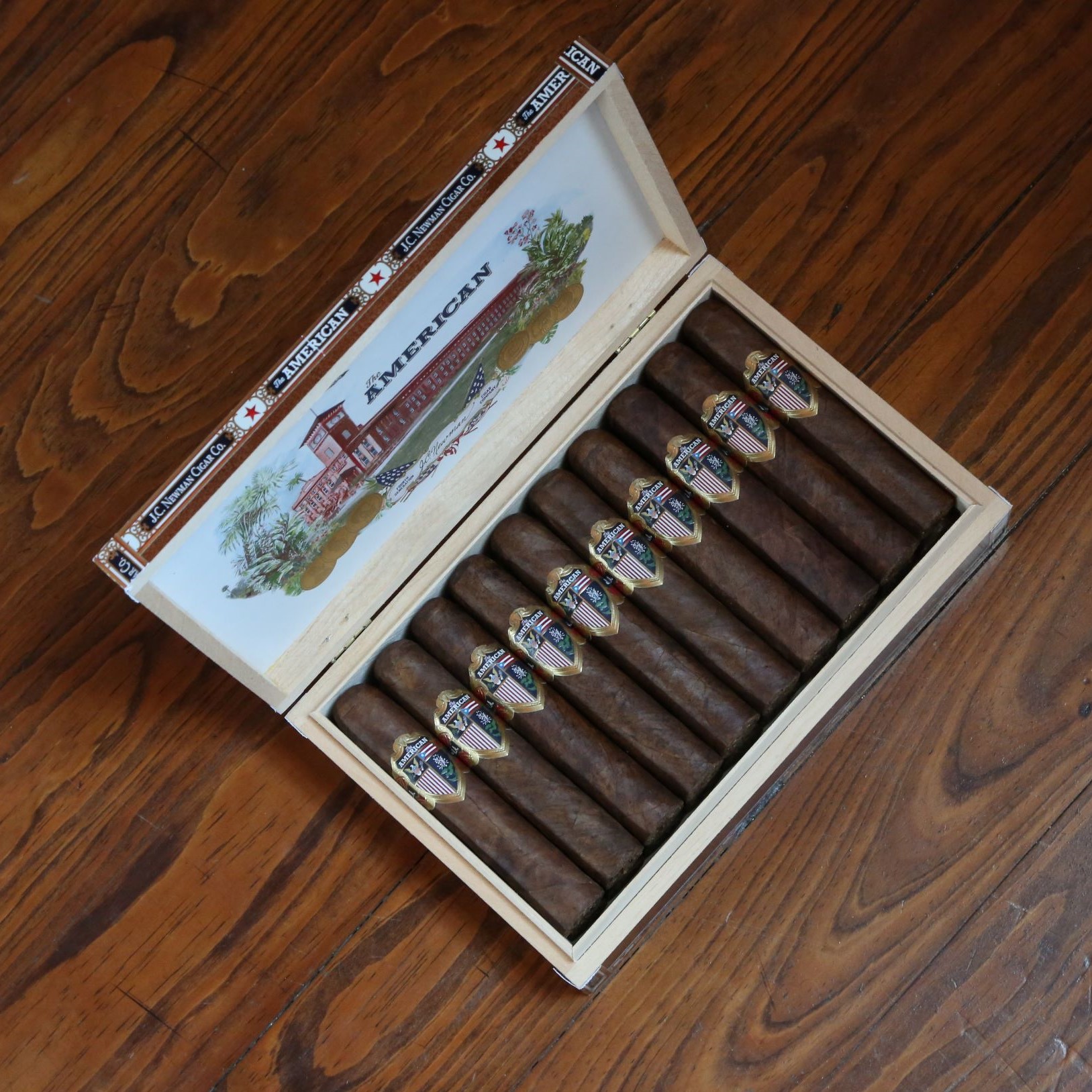 The Future of Cigars is Now

We’re so looking forward to sharing these cigars, and our factory with you next year, and for many years to come. Mark your calendars for the factory opening in Spring of 2020, and don’t forget to look at your local retailer for the Yagua, and The American, available soon! 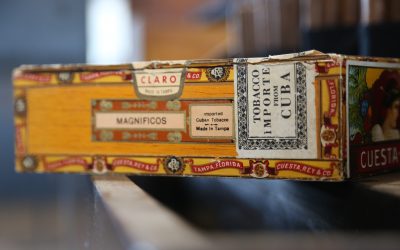 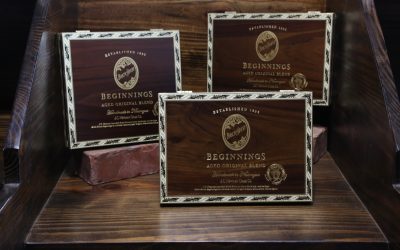