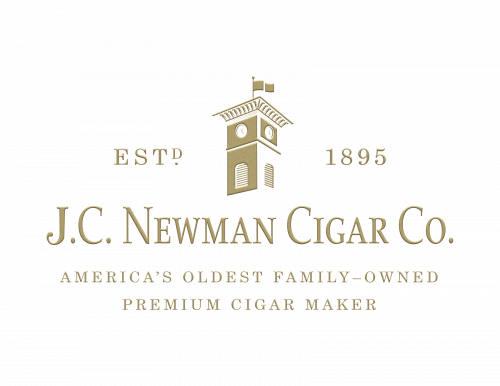 Founded in 1895 by Julius Caeser Newman, J.C. Newman Cigar Company is the oldest family-owned premium cigar maker in America. For four generations and 128 years, J.C. Newman has been handcrafting many of the world’s finest cigars. J.C. Newman is headquartered in an iconic 113-year-old cigar factory in the Ybor City National Historic Landmark District in Tampa, Florida. At this factory, known as “El Reloj,” J.C. Newman rolls premium cigars both by hand and by hand-operated, antique cigar machines.

When it was built in 1910, El Reloj was considered to be the largest and finest cigar factory in the world.  Of Tampa’s 150 cigar factories, El Reloj is the last one still operating.  Visiting El Reloj today is like walking back in time.  Inside its iconic red brick exterior, the Newman family rolls cigars in El Reloj just like they have been doing for more than a century.

It is hard to overstate the importance of the cigar industry to Tampa. Cigars transformed Tampa from a tiny town into a large city and made Tampa world famous. Anyone whose family has been in Tampa for more than several generations almost certainly had relatives who worked in the cigar industry, whether they rolled cigars, made cigar boxes, printed cigar labels, or supported the cigar industry in another way.

An influx of immigrants fueled Tampa’s growth in the early 1900s. They brough their languages, cultures, and traditions with them. Ybor City became a place where people from around the world lived and worked together.

Ybor City is the only neighborhood on Florida’s west coast to be designated a National Historic Landmark District. Ybor’s 7th Avenue, the main commercial thoroughfare was recognized as one of the “10 Great Streets in America”! 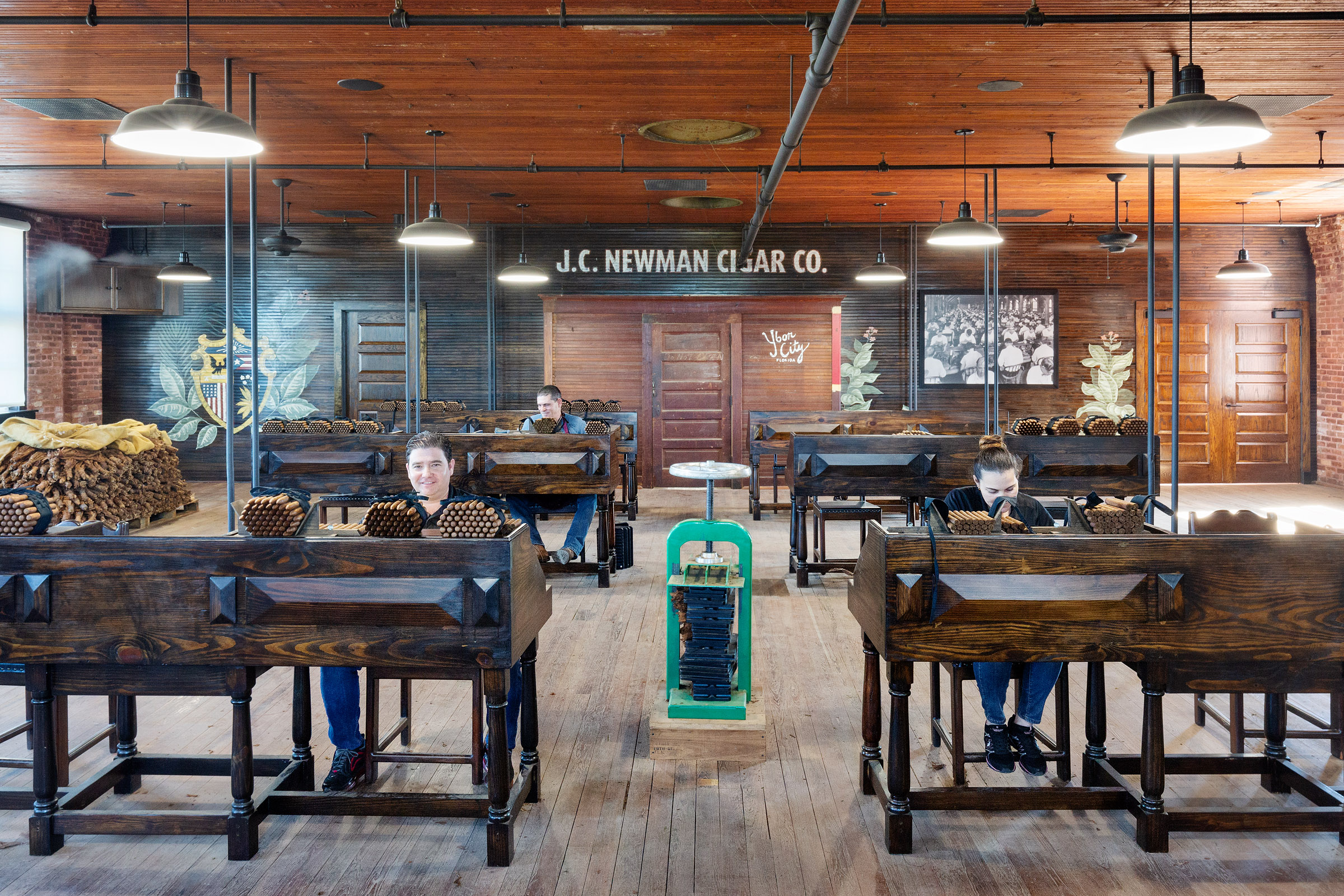 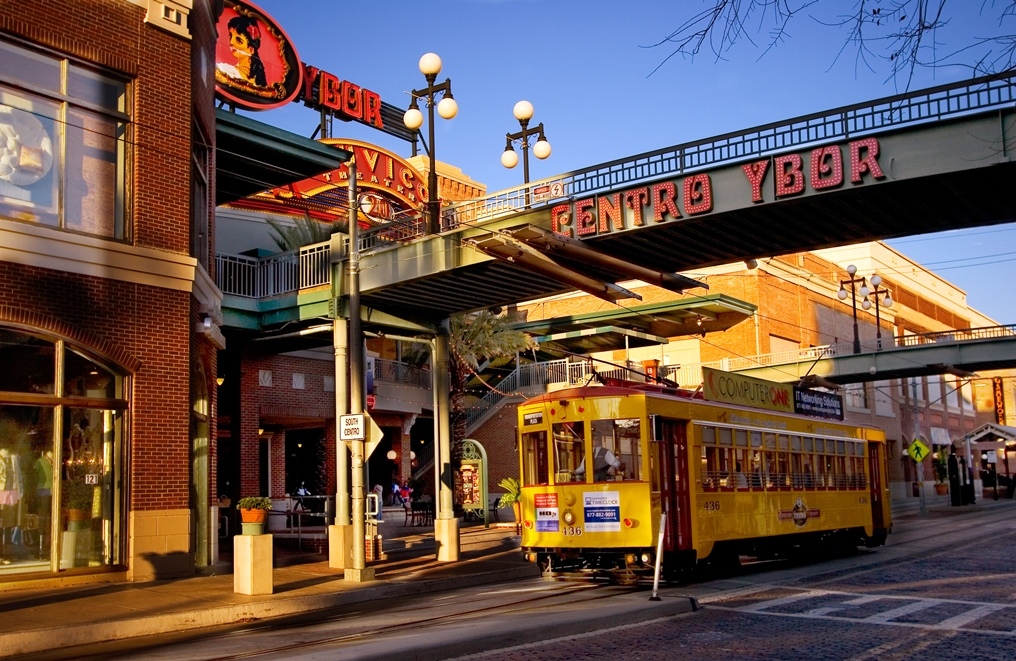 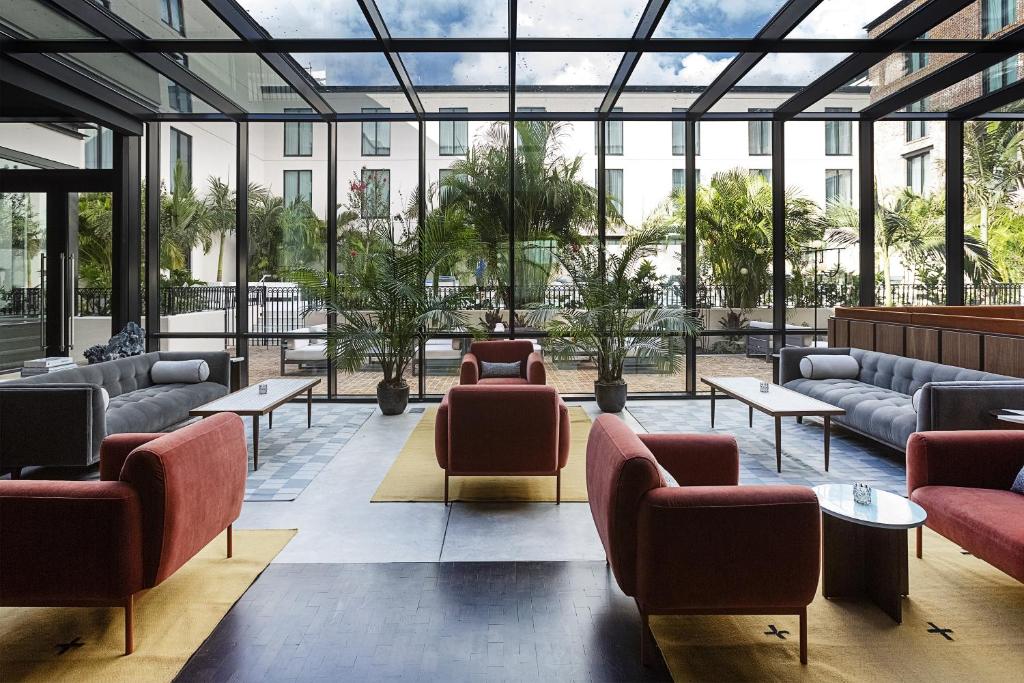 Host Your Private Event With Us

Standing in the heart of historic Ybor City, this iconic treasure is the perfect venue for anyone looking to create a unique experience in an authentically Tampa space.

Built in 1910, J.C. Newman’s El Reloj factory seamlessly blends modern amenities with original architectural features. Offering three floors of event spaces, each area is distinct and striking enough to be used with minimal decorations or serve as a beautiful backdrop to your unique vision.