An Interview with The Cigar Club 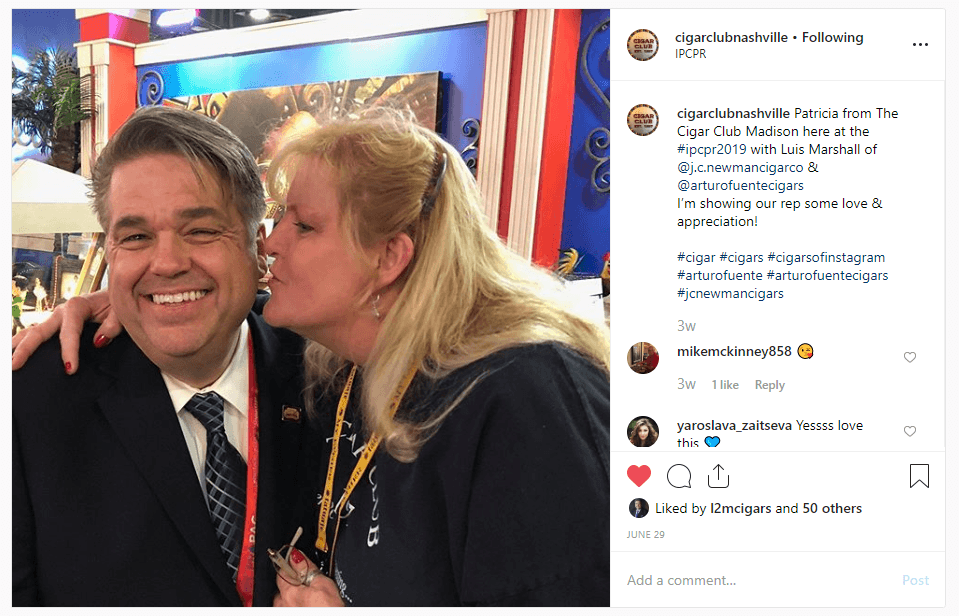 The Cigar Club, a store just outside of Nashville, is a place where everyone feels like family – that’s what Patricia Williams, Co-Owner and General Manager of the store told us during an interview last week. At the annual IPCPR Trade Show this past July, J.C. Newman ran a contest for retailers: anyone who posted a photo of themselves with their Regional Sales Manager would be entered for a chance to have their store featured on our blog, social media, and newsletter. Patricia’s photo with her RSM Louis Marshall landed her the 1st place prize, and so we (JCN) called her up to find out exactly what The Cigar Club (CC) is all about.

JCN: So – how long has Cigar Club of Nashville been open?

CC: I know. The store opened 22 years ago. Hard to believe. It’s been a great journey.

JCN: And have you always had a passion for cigars?

CC: Well 22 years ago, I signed up to be the office manager. For four to five weeks after taking the job, I just watched these guys sit around the table smoking cigars and enjoying them so much and so I decided to try one, and I’ve been smoking ever since.

13 years ago, when the previous owner decided to sell [Cigar Club], I was trying to figure out what I was going to do. By that time, I had become the manager of the store. I had made so many friends; I enjoyed the business, the community, the friendships I made, the customers I met – we’re like a family. By that point I decided there wasn’t anything else I wanted to do. That’s when I and another customer bought the previous owner out and we’ve been the operators for 13 years. And I still love the cigars.

JCN: So now that you’re in it, what’s your favorite part of the cigar industry?

CC: The people absolutely. The fact that when you are smoking a cigar, you are instantly bonded with the person sitting across from you, even if you have nothing else in common. It’s a bond that transcends age groups, race, and social status. 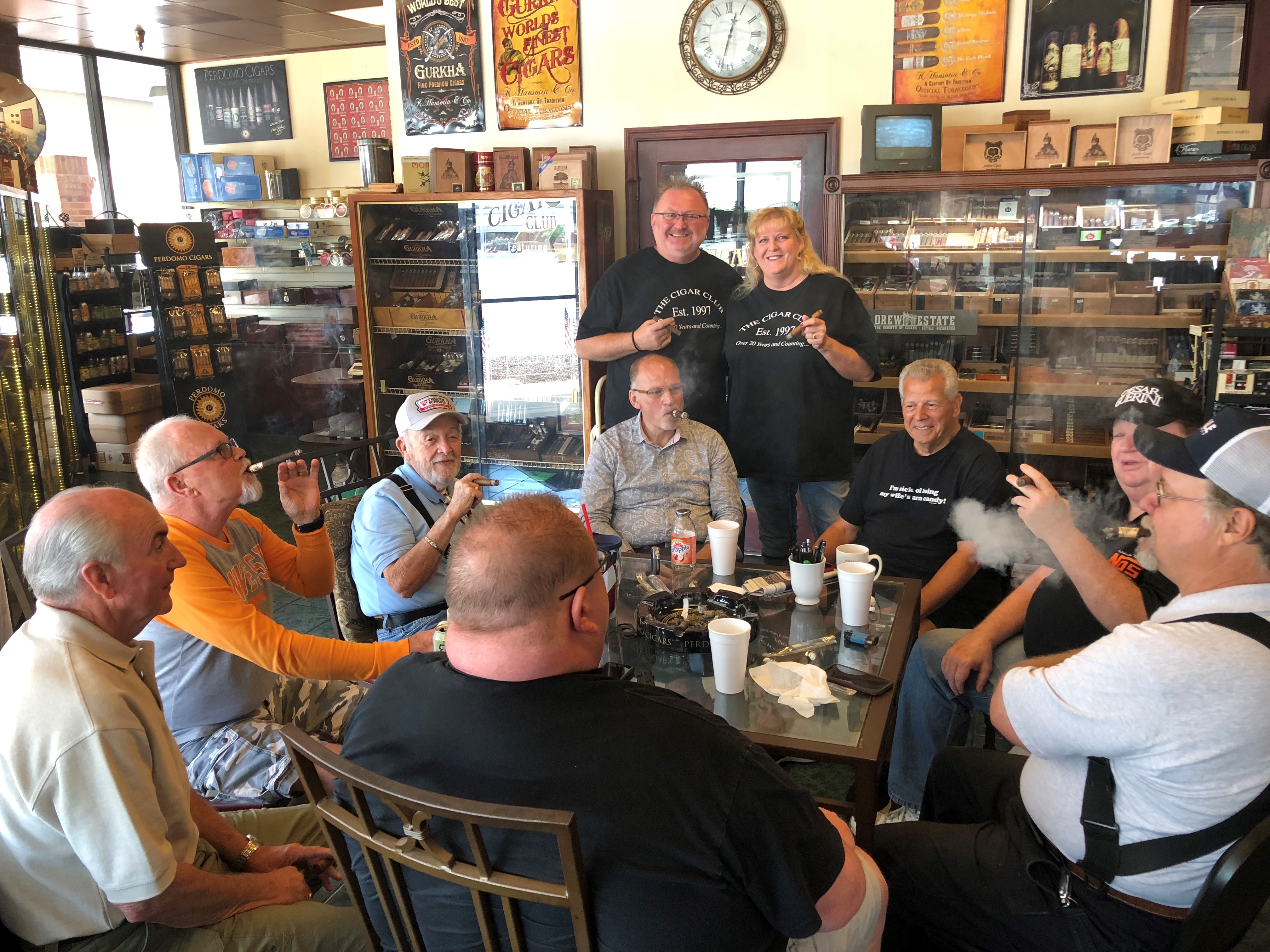 At any given time, we can have six guys around the table; you’ll have doctors and construction workers, and these are people that wouldn’t come into contact any other way but that cigar. So many friendships are formed, so much business has taken place. It’s a spirit that…it makes us all brothers of the leaf. It really is that way. I have seen it for 22 years.

Now, new people come in and the best compliment I get, after the second or third time they’ve come in, they’ll say, “since the first time I came in here, I felt like I was home.” Everyone accepts you. It’s a ‘pull up a chair’ mentality. It doesn’t matter if you’re smoking a three-dollar cigar or a ten-dollar cigar or even a pipe – we love our pipe guys too! [a chuckle]

It’s a family. I love the cigars. I would smoke even if I didn’t have the store because I love the family part.

JCN: That’s an amazing atmosphere to have! Sounds like your regulars are a huge part of creating that. Do you want to talk about some of your regular customers and how they contribute to the store?

CC: I have customers that have been coming in 22 years and also new people all the time. It’s a nice mix of new people and people who have been here forever. Actually, it’s funny – it’s hard to know who’s working. I mean we have tee shirts for our employees of course, but I say that because the regulars are so helpful. They get up and go help people that come in if I’m busy. They’ll show them around the humidor and help them pick out cigars. They’ll say, “I can’t ring you up because I don’t work here but this is a good one.” Its comical, but it’s a testament to the atmosphere we have at the store.

[The regulars] wives will call, and they’ll say, “Yeah I’m down at the club,” meaning the Cigar Club. Their wives will send them here when they are under their feet too much too.

It’s my regulars that have carried us along; I can always depend on them. They’re always so friendly that when new people come in, they feel welcome. They’re constantly telling each other about new products that come in and they build the excitement. They’ll say, “she just got ‘this or that’ in!” They are unofficial salespeople for me. They love it. They want it to be successful and they’re always saying nice things about us. It is unusual for someone to come in the store and not be greeted, if not by my staff, but sometimes before we get a chance to say hello, our customers are greeting them. They are a huge part of keeping us going.

Any job is a job, and has its good days and bad, but they make it amazing. They make it worth it. Young guys hang right in there with the older guys and swap stories. These guys are solving the problems of the world I swear! [laughing]

JCN: Do you have any specials for these regulars? Or any annual traditions or celebrations?

CC: We do a customer appreciation day two times per year in May and October. It is two days out of the year that we run a discount on everything in the store and that’s our way of saying ‘thank you’ to our customers. It varies but it’s always on a Saturday and it’s a nice discount on anything in the store for them. 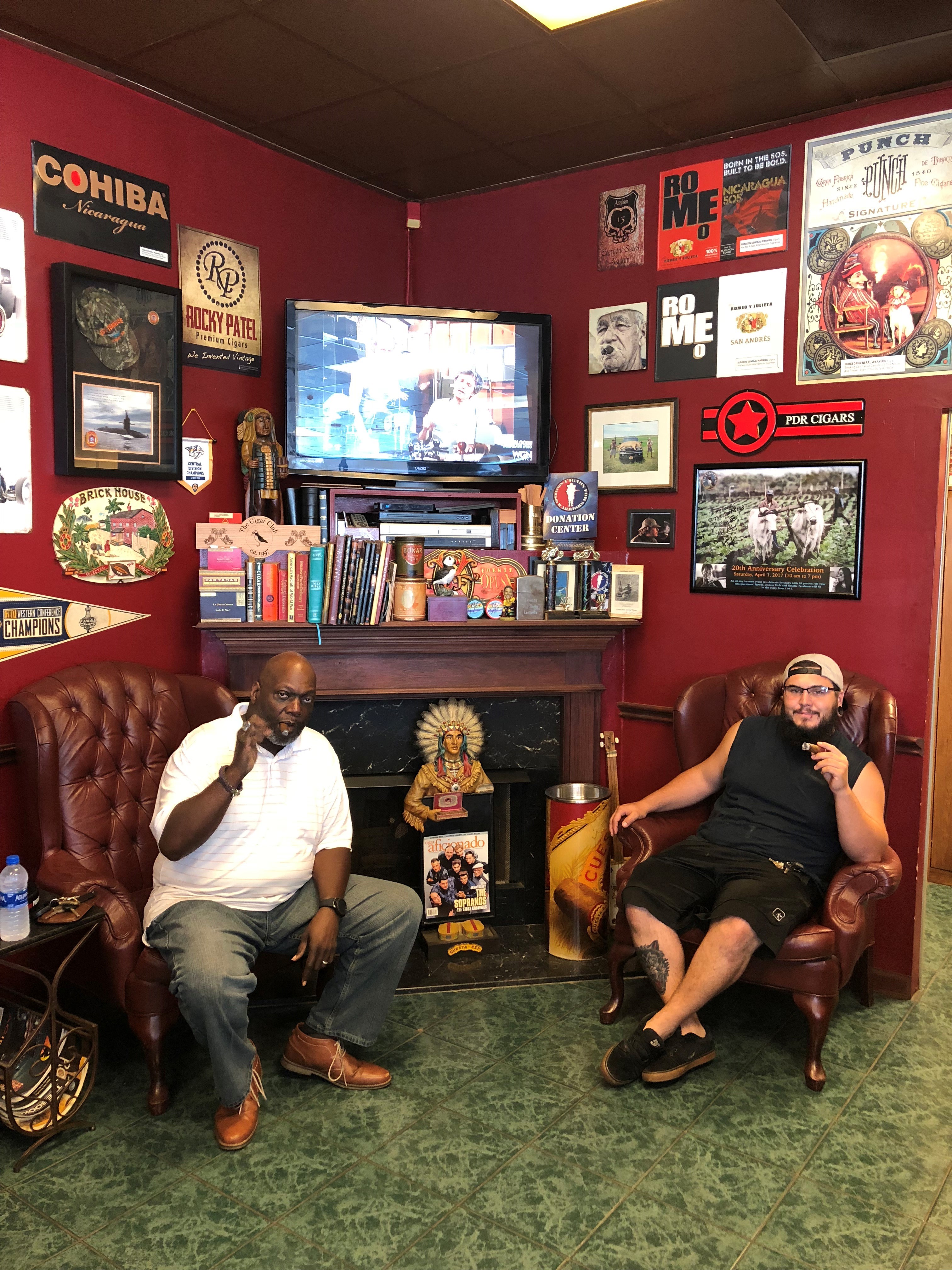 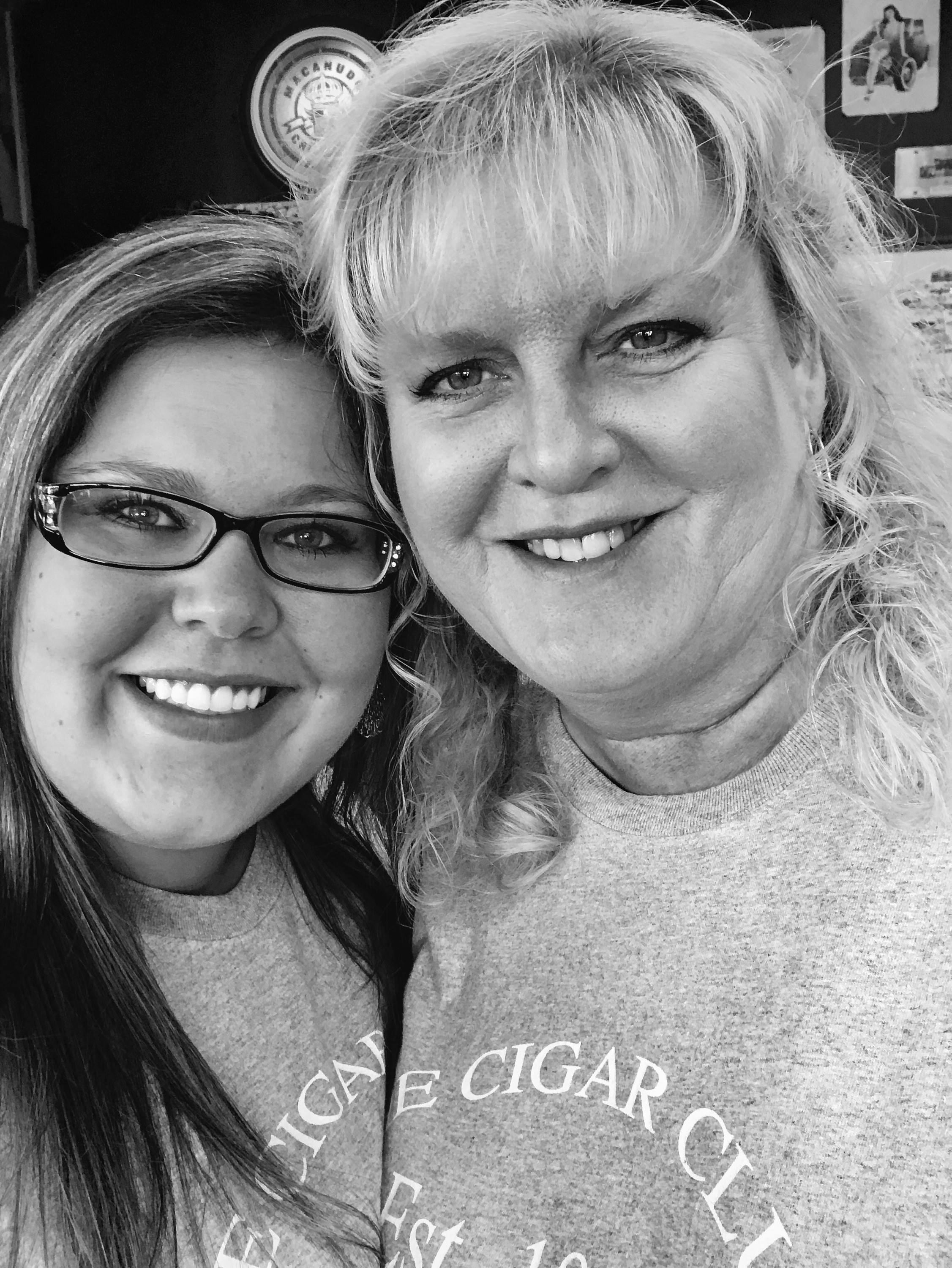 CC: The original Diamond Crown is probably my favorite. On a more regular pace: The Brick House. I could smoke that every day. But I would absolutely take a Diamond Crown to celebrate, and I like the original the best.

JCN: Second shameless plug: which J.C. Newman product is a best seller at The Cigar Club?

CC: I would say the Brick House. The Mighty-Mighty size does well in all three wrappers but the original Mighty Mighty is the best seller. My guys are smoking [the Brick House] all the time and it’s a great priced cigar.

JCN: What are you most looking forward to for the future of cigars?

CC: I am extremely encouraged by the number of new smokers and that people are constantly branching out and trying new things. Being in the business for 22 years, I’ve seen that people were very stuck with one brand. Maybe they were Fuente guys or Padron guys and they might buy something else, but they didn’t stray too far.

Now, people are looking for and trying new cigars. Even with FDA regulations, and the price increases, I am encouraged by the fact that people, and even new smokers, are enjoying the variety. They don’t seem to be put off by the fact that the prices have to go up. We have lots of new cigars coming out and new blends – lots of different twists. When you’re doing this for this long, you would think we would run out of combinations to come up with [a laugh] but with new blends and different rolling styles… the customers are enjoying that.

JCN: Alright, here’s your chance to tell everything about your RSM Louis Marshall. How does he take care of you? Any dirt?

CC: [A laugh] No! No dirt! He is very efficient. He is quick to respond if I have a question or place an order – I always hear back, right away. Really that’s all I ask from a rep – let me know if anything new is going and that if I have a problem or a question that they get back to me promptly and that’s what he does. He’s great.

JCN: Is there anything else you want J.C. Newman blog readers to know about The Cigar Club?

CC: We always call ourselves ‘your local tobacconist’ because we try to be very informed on the products. Two of my employees, Lauren and Evan, have already passed their Tobacco University tests and are now tobacco verified retail specialist and our other employees Dave and Todd are working on it. We try to be very well informed.

We have a knowledgeable, friendly staff to help you make your decision. We look at it as an educational thing to explain and help [customers] find what they want. We try to stay informed and educate customers. We sell cigars, pipes, pipe tobacco and accessories for those. We don’t do cigarettes, chew, or vapes or any of that. We are on the traditional end – we sell tried and trusted brands. We have a few boutique companies, but we are not a boutique store. We have a family atmosphere. That’s the big thing. 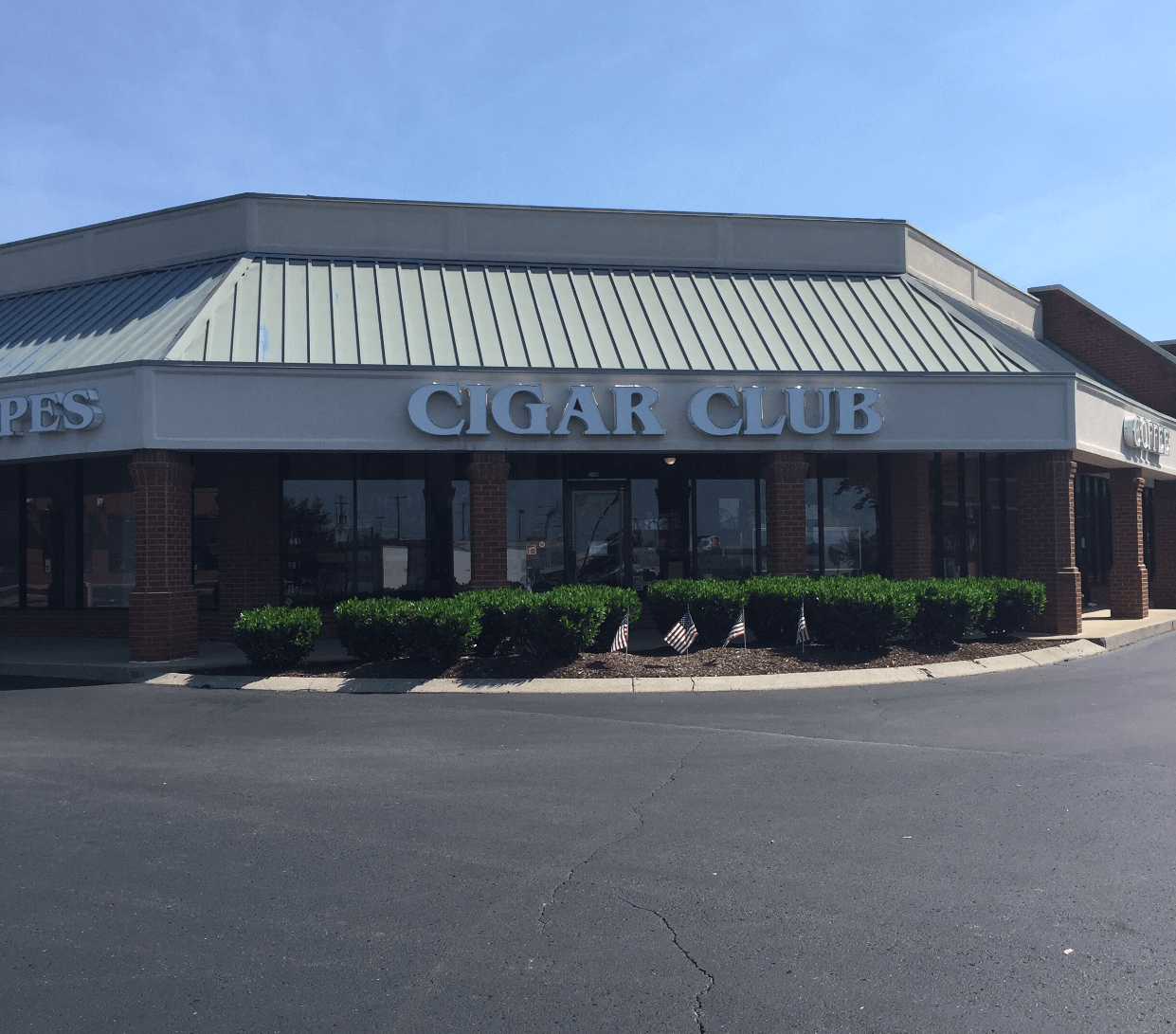 Patricia Williams and her silent partner Steve Bridges operate Cigar Club of Nashville seven days a week. Their hours are Monday – Saturday 10 am – 7 pm and Sunday 12 pm – 6 pm. You can learn more about them on their website: https://cigarsnashville.com/ 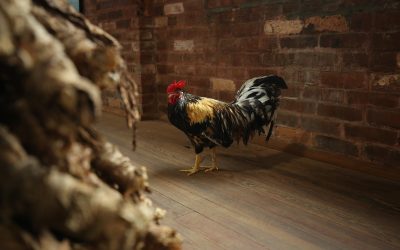 Our new neighbors the Ybor Misfits are preserving the population of the indigineous chickens and roosters of Ybor City. 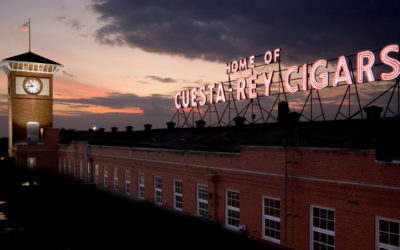 We are continuing to roll cigars as usual in Tampa, Florida and in Esteli, Nicaragua, but we will evaluate our operations as the situation develops. 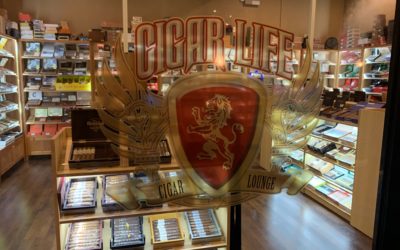 Cigar Life, a premium cigar shop in Lakeland, Florida has openened as a J.C. Newman Diamond Crown Lounge with a great lineup of cigars.