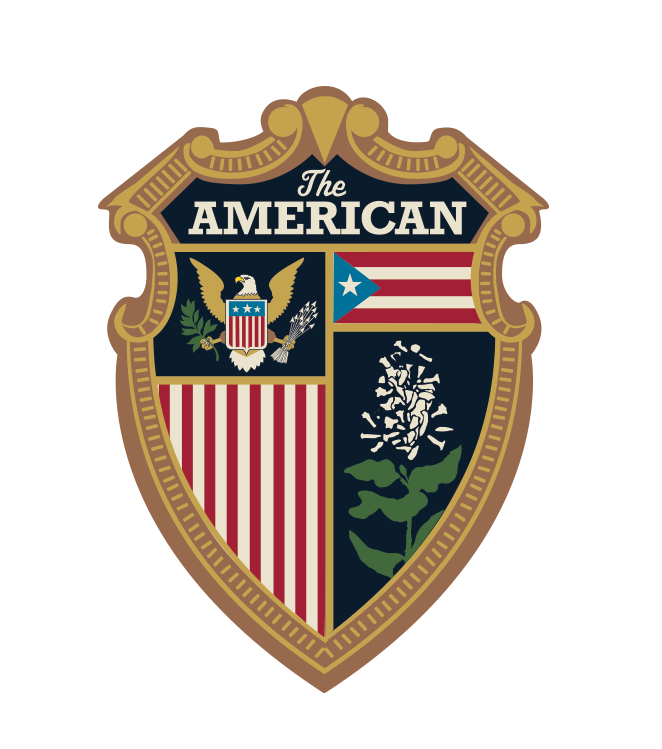 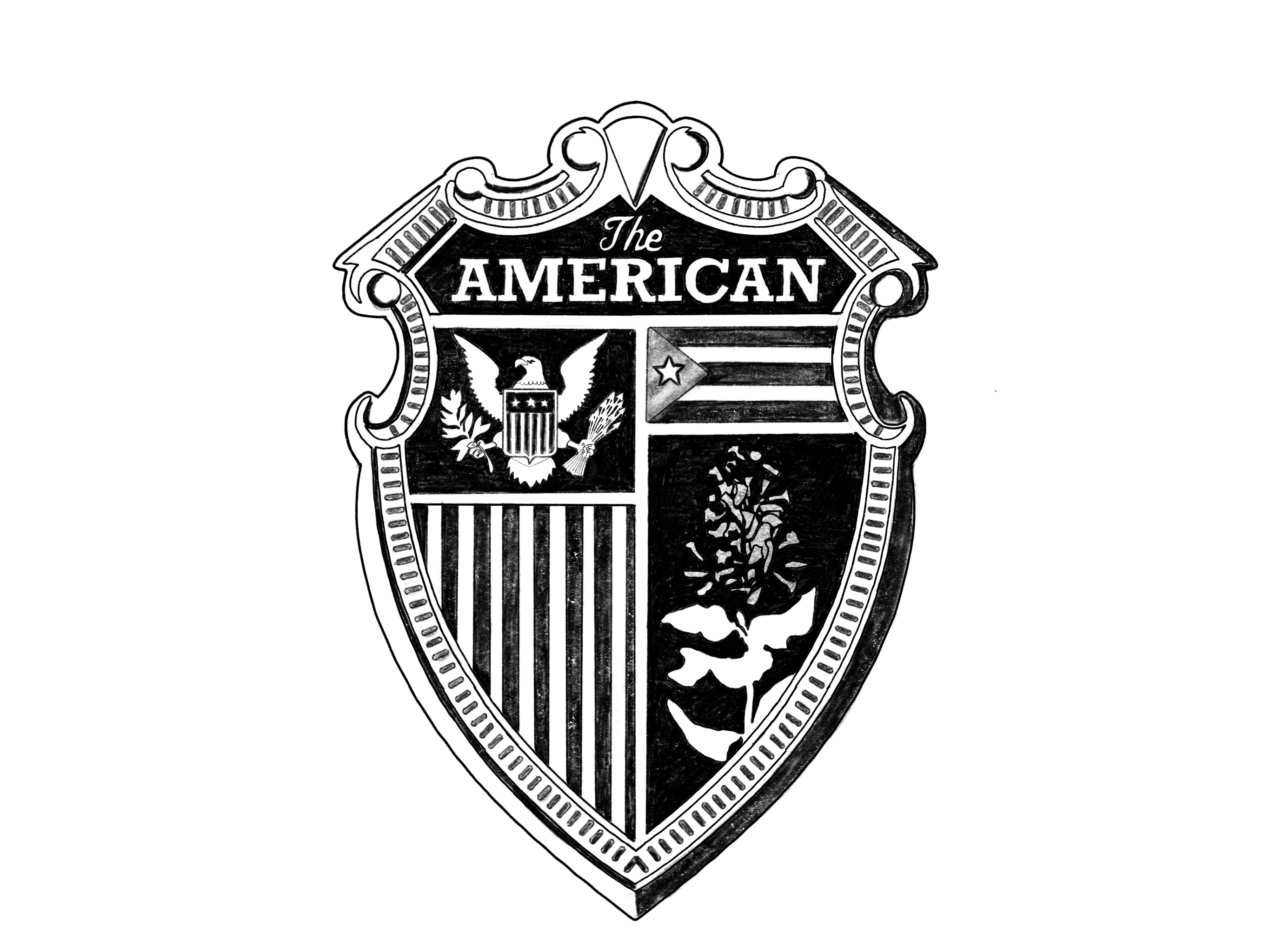 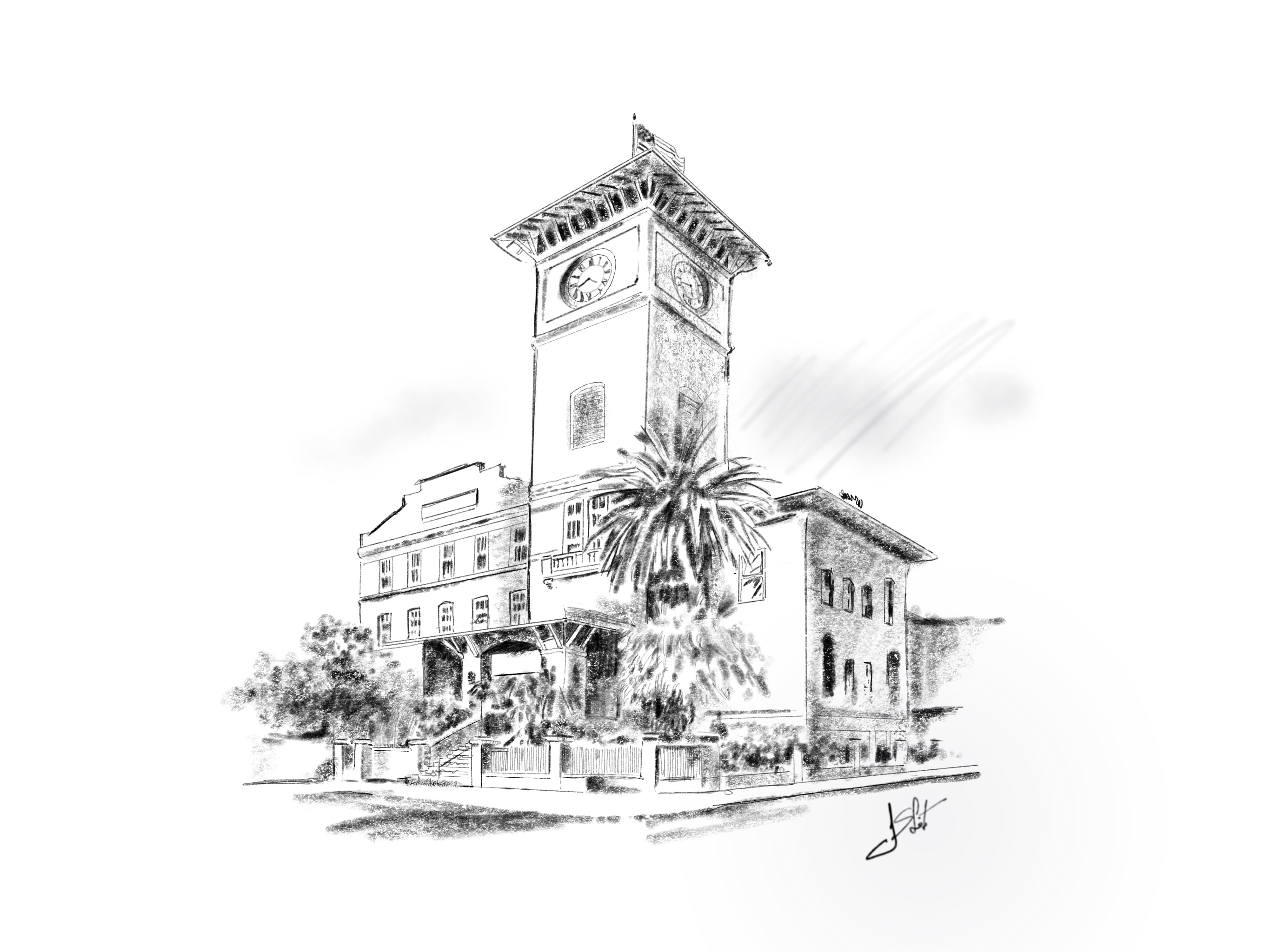 The American was the first cigar brand rolled in J.C. Newman’s historic El Reloj factory when it opened in 1910 in Ybor City, Florida.  A century later, The American has been reintroduced to celebrate the company’s 125th anniversary as a 100% American cigar, once again hand rolled in El Reloj. This brand honors America’s cigar tradition by rolling world-class cigars in America using the finest American-grown, aged, heirloom tobaccos.  From the tobacco to cigar molds to the wood cabinet boxes, everything is proudly grown and made in America.

The American is a flavorful, medium-bodied luxury cigar.  As an American puro, it has a unique taste, unlike any other cigar in the world.  Its distinctive, earthy flavors are due to soils and climate of the Florida Sun Grown farm where The American’s exclusive Florida Sun Grown wrapper is grown and the cigar’s blend of aged Connecticut and Pennsylvania tobaccos.  The American is hand crafted in four sizes, and packed in classic wooden cabinets of ten cigars.

From the cigar molds to the bands to the hard wood in the cabinet boxes, The American is a 100% American cigar.  When you light up The American, you are celebrating the centuries-old tradition of handcrafting premium cigars in America. In keeping with our commitment to transparency, we proudly showcase all of our American partners below.

HISTORY OF THE AMERICAN BRAND

The American cigar brand was created in the 1880s by E. Regensburg & Sons, a well-known cigar company in New York City. These cigars were first rolled at Regensburg’s cigar factory on Canal Street in Lower Manhattan. By the end of the nineteenth century, The American had become very famous.

In the early 1900s, the Regensburgs decided to move their operations from New York to Tampa, Florida because Tampa had become internationally known as the “Fine Cigar Capital of the World.” They built the “El Reloj” cigar factory in Tampa’s Ybor City cigar district.
When El Reloj opened in 1910, The American was the first brand of cigars rolled in our factory.

More than a century later, we have recreated The American’s original shield and cigar band from the late 1800s. 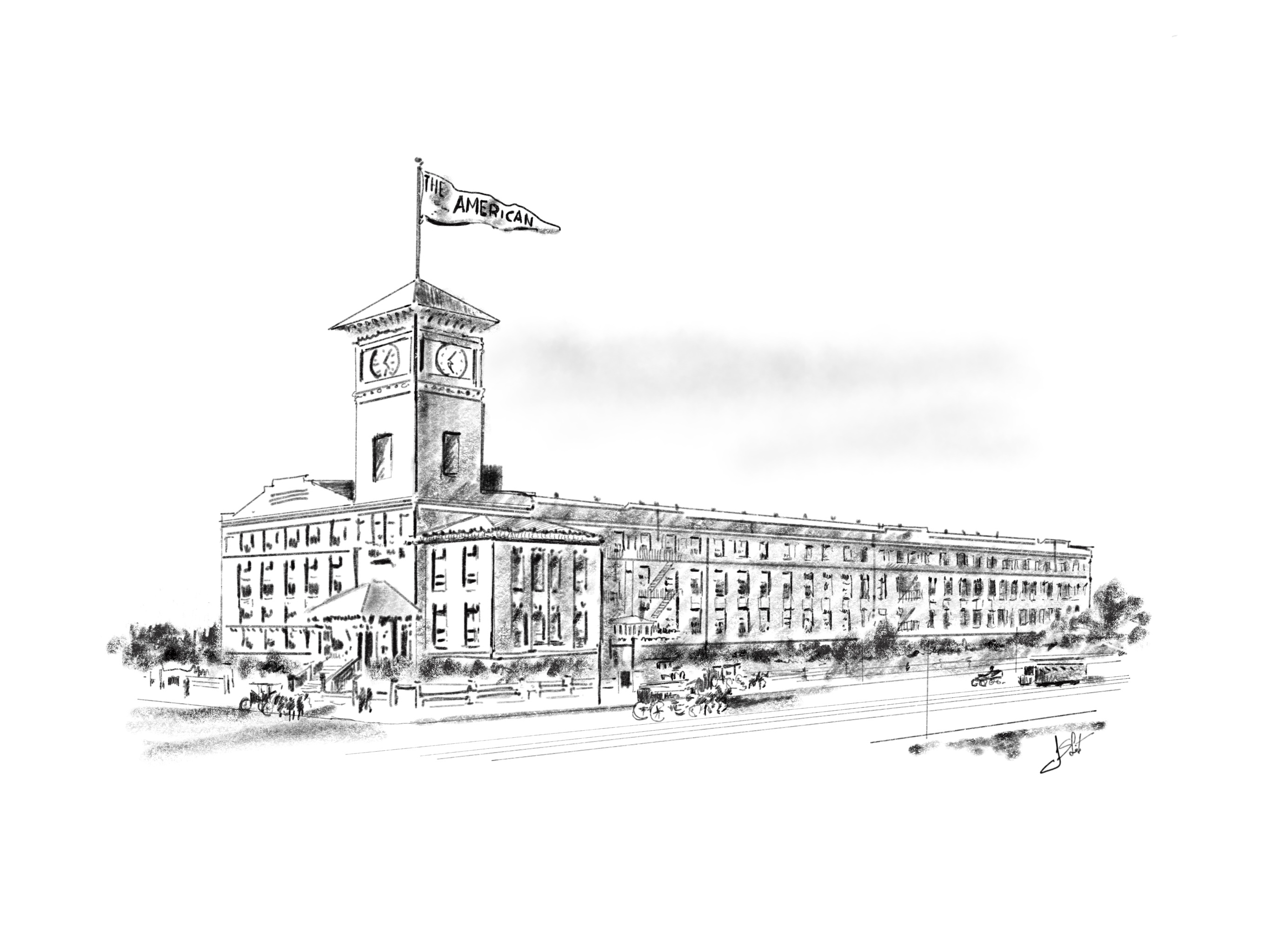 The four quadrants of the shield include the eagle from the Great Seal of the United States, the design that is now known as the flag of
Puerto Rico, a flowering tobacco plant, and red and white striped bars.

Like Cuba, the Dominican Republic, and other Caribbean islands, Puerto Rico has a rich tobacco heritage. In the late 1800s, Puerto Rican revolutionaries exiled in New York City created a flag similar to Cuba’s to support their campaign to liberate the island from Spanish rule. In support of this fight for independence, this flag design was incorporated into The American shield and cigar band.

The centerpiece of The American cigar label is a vintage image of J.C. Newman’s El Reloj cigar factory from the early 1900s. The factory is surrounded by a field of Florida palm trees. The gold coins at the bottom of the cigar label feature the profiles of my family’s four generations in the cigar business:

THE SIGNIFICANCE OF THE HISTORY: YBOR CITY

In the middle of the 19th Century, cigar makers fled Cuba and settled 90 miles to the north in Key West, Florida. In 1885, Vicente Martinez Ybor moved his cigar factory from Key West to what was then an undeveloped area north of the small town of Tampa. Soon, others followed and the new community became known as “Ybor City.”

In the decades that followed, however, many cigar factories closed and moved their operations to the Caribbean or Central America. Today, our historic El Reloj factory is the last cigar factory still operating in Ybor City, which is now a National Historic Landmark District. 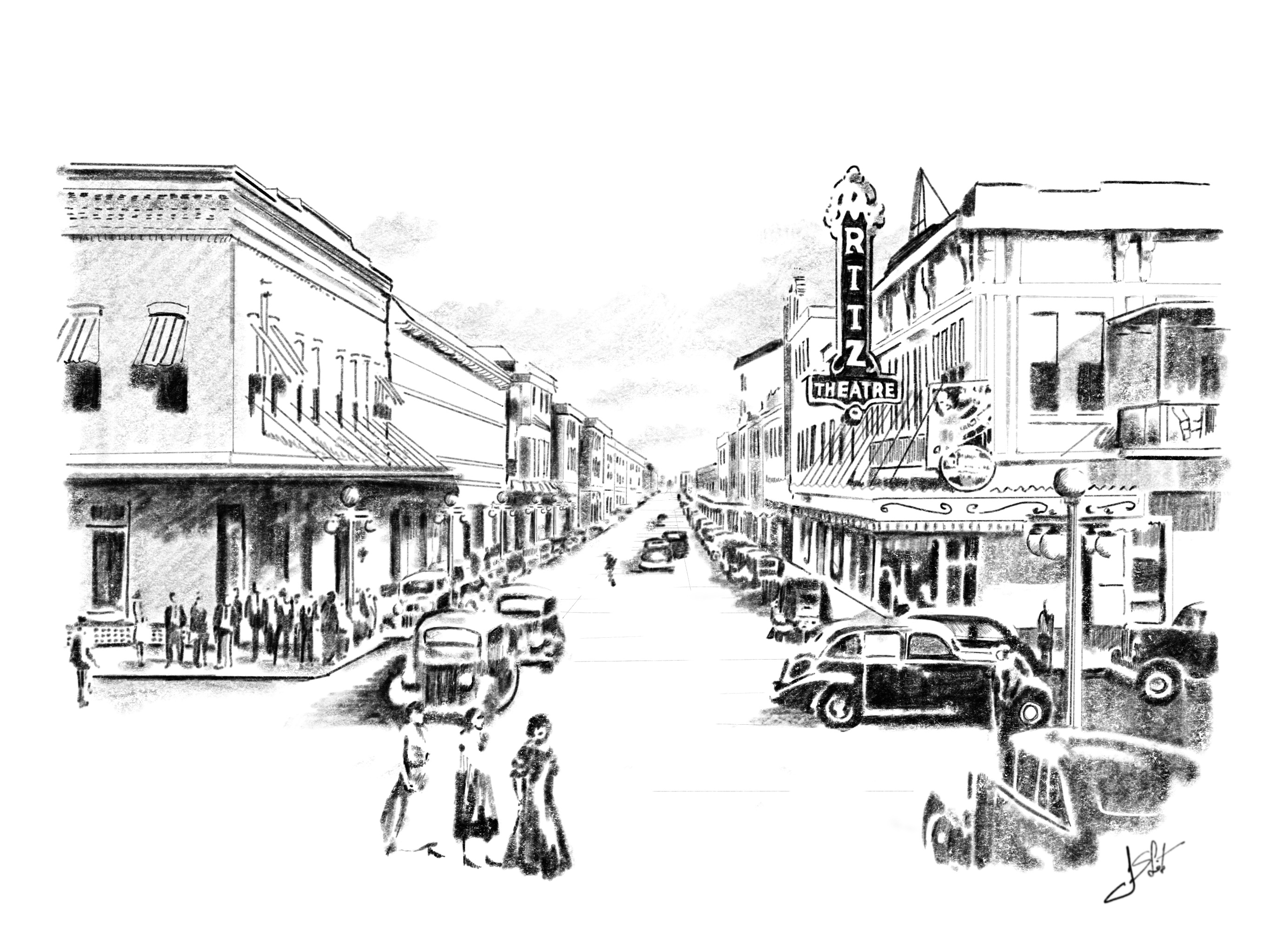 When El Reloj opened in 1910, it was heralded as the largest and finest cigar factory in the world. It was designed for 1,000 cigar workers and built at a cost of $75,000. Traditionally, each Tampa cigar factory had a nickname. Our factory is known as “El Reloj,” which means “the watch” in Spanish, because of the factory’s six-story clock tower. Neighbors used the clock tower and its large bell to tell time and as a signal for when to go to work or school, to return home, and to sleep. In 1951, the Regensburg company that built El Reloj, went out of business. Two years later, my great-grandfather fell in love with the building, bought it, and decide to relocate his family and cigar business. Today, we roll two types of cigars in El Reloj. First, skilled cigar rollers use hand-operated, Antique cigar machines from the 1930s to roll value-priced cigars. Additionally, we roll The American and other cigars entirely by hand. 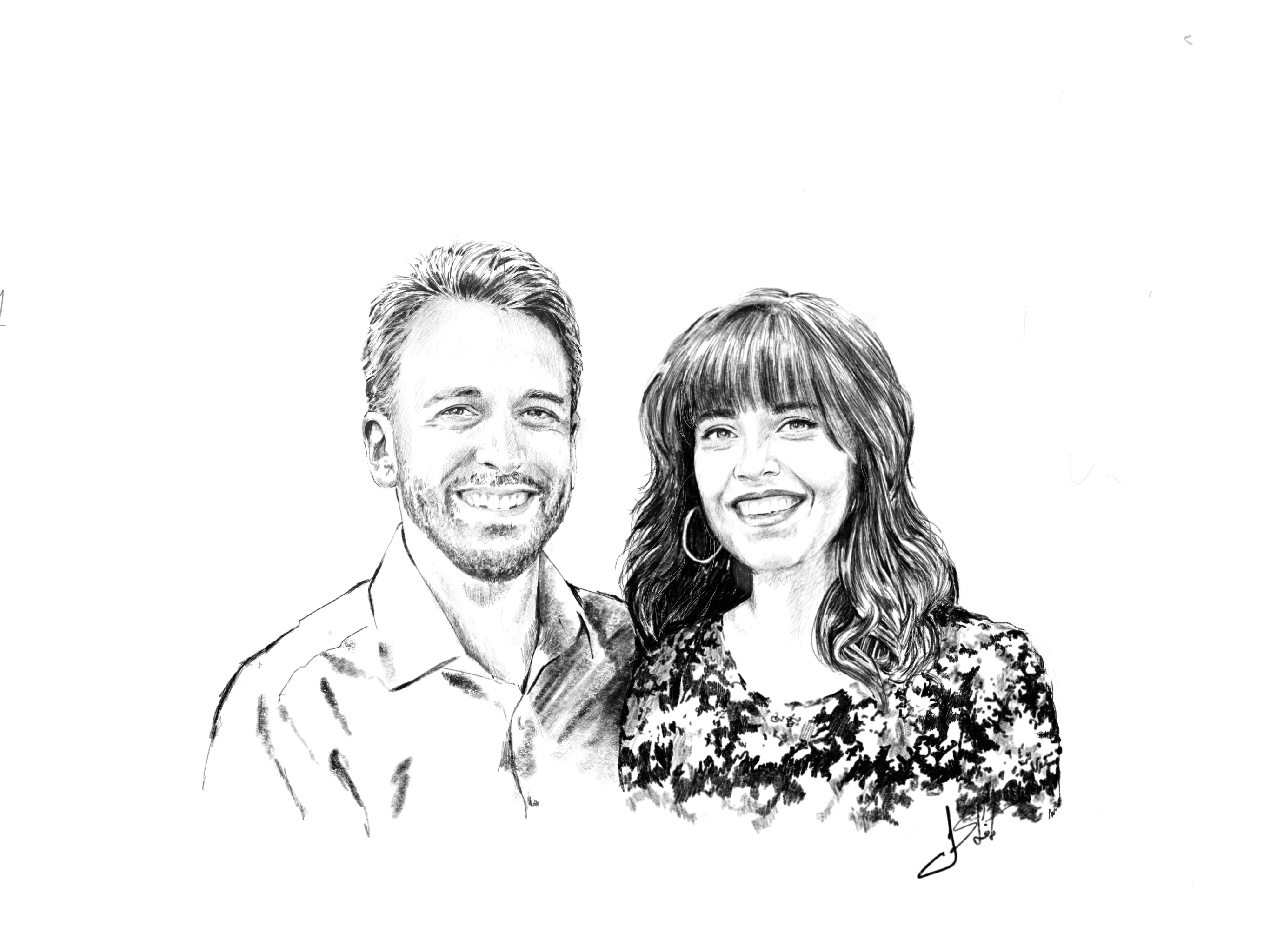 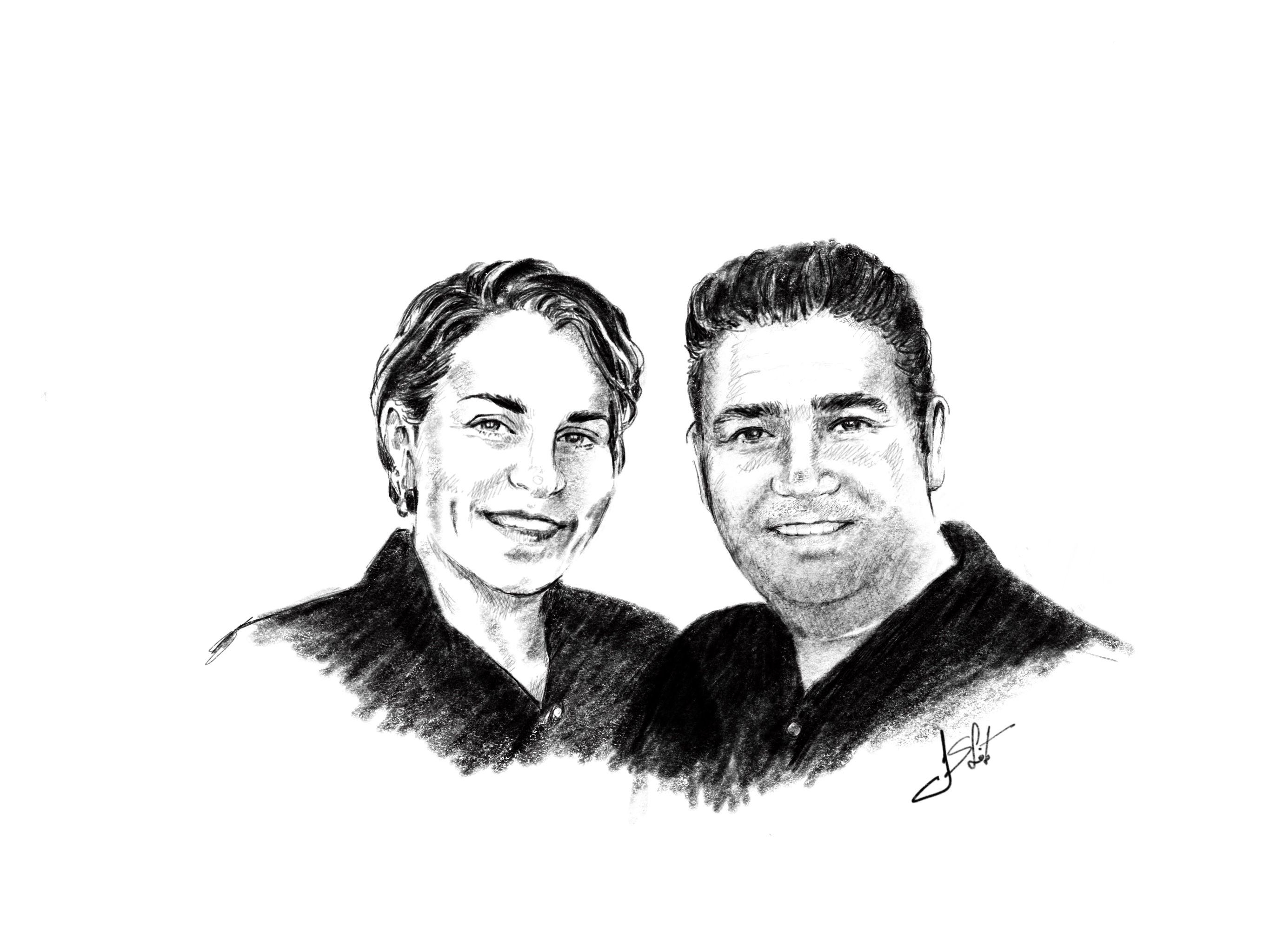 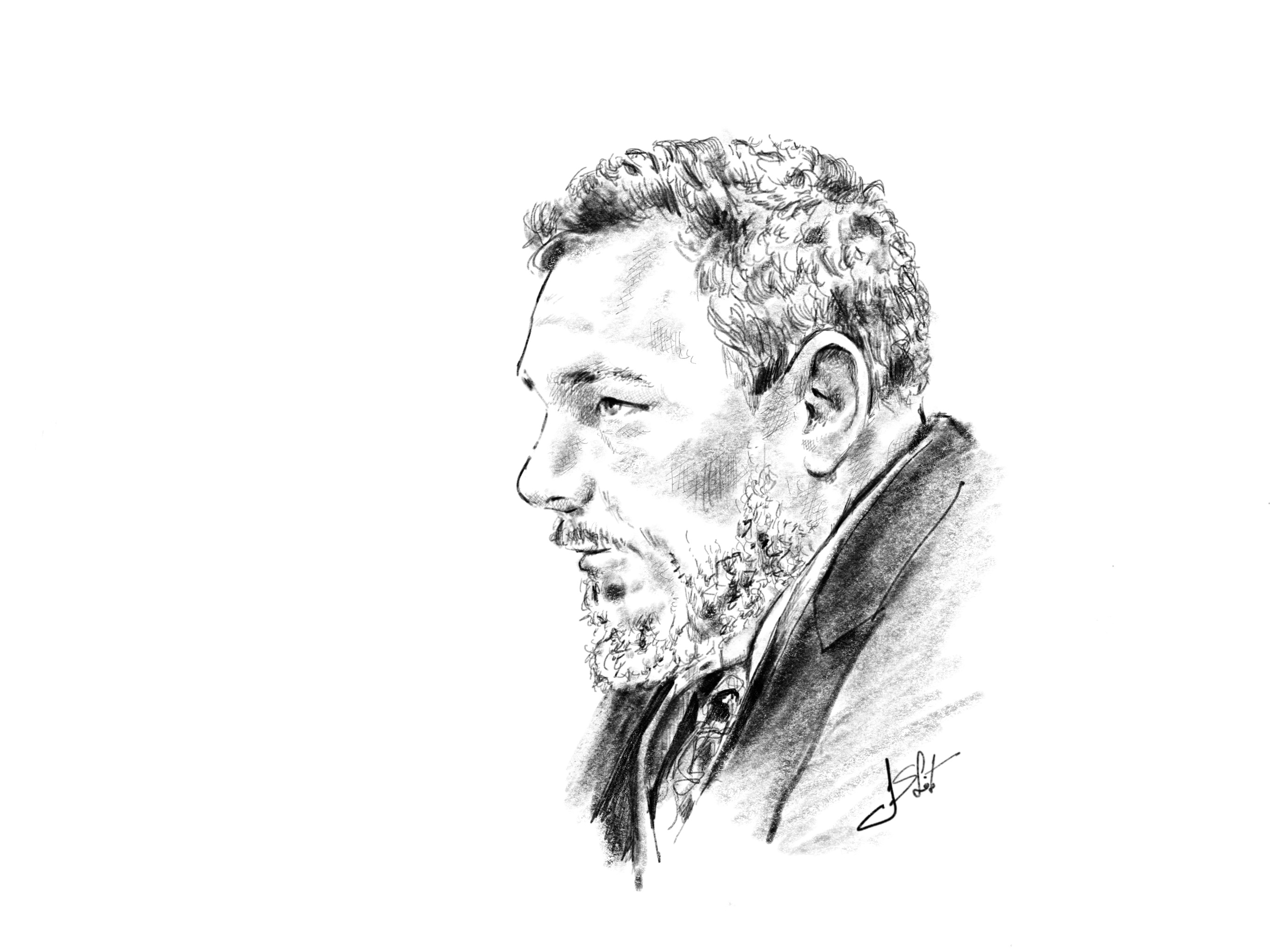 ABOUT THE PROJECT: DREW NEWMAN AND ARIEL PETERS

By the time that the Regensburgs closed their El Reloj factory in Tampa, Florida in 1951, The American had ceased production. For more than 60 years, The American brand had been dormant. There are many old, multi-generational family businesses in the premium cigar industry. What sets us apart is that J.C. Newman Cigar Co. is the oldest family-owned premium cigar maker in the United States.

As we approached our company’s 125th anniversary, Drew Newman’s wife Ariel, had the idea to create an all-American, handcrafted cigar – something that had not been done for decades. Her vision drove this project. This project speaks to the heart of who J.C. Newman is: a four-generation American family business still owned and operated by the founding family.

Today, more than 135 Americans proudly work at the historic El Reloj cigar factory in Tampa, Florida. Most of them have worked in the company for several decades.

The American cigars are carefully and patiently hand rolled by Luis Gonzalez and Yeania Hernandez. They are supported by
a large team that carefully conditions and prepares the tobacco leaves. After being rolled, highly trained supervisors inspect each cigar before it is allowed to enter El Reloj’s basement aging cave. Lastly, the team sorts the aged cigars by color and individually bands, cellophanes, and boxes them.

After the Spanish-American War, many tobacco growers fled the instability of Cuba and started growing fine cigar tobacco in Florida.  By the early 1900s, Florida was the second largest cigar tobacco-growing region in America.  In the following decades, this tradition faded and the last last crop was harvested in 1977.

Jeff’s farm is the closest one to Cuba and its warm, humid climate and mineral-rich soils give its tobacco a unique, earthy taste.  The American is the only cigar with Florida Sun Grown wrapper. 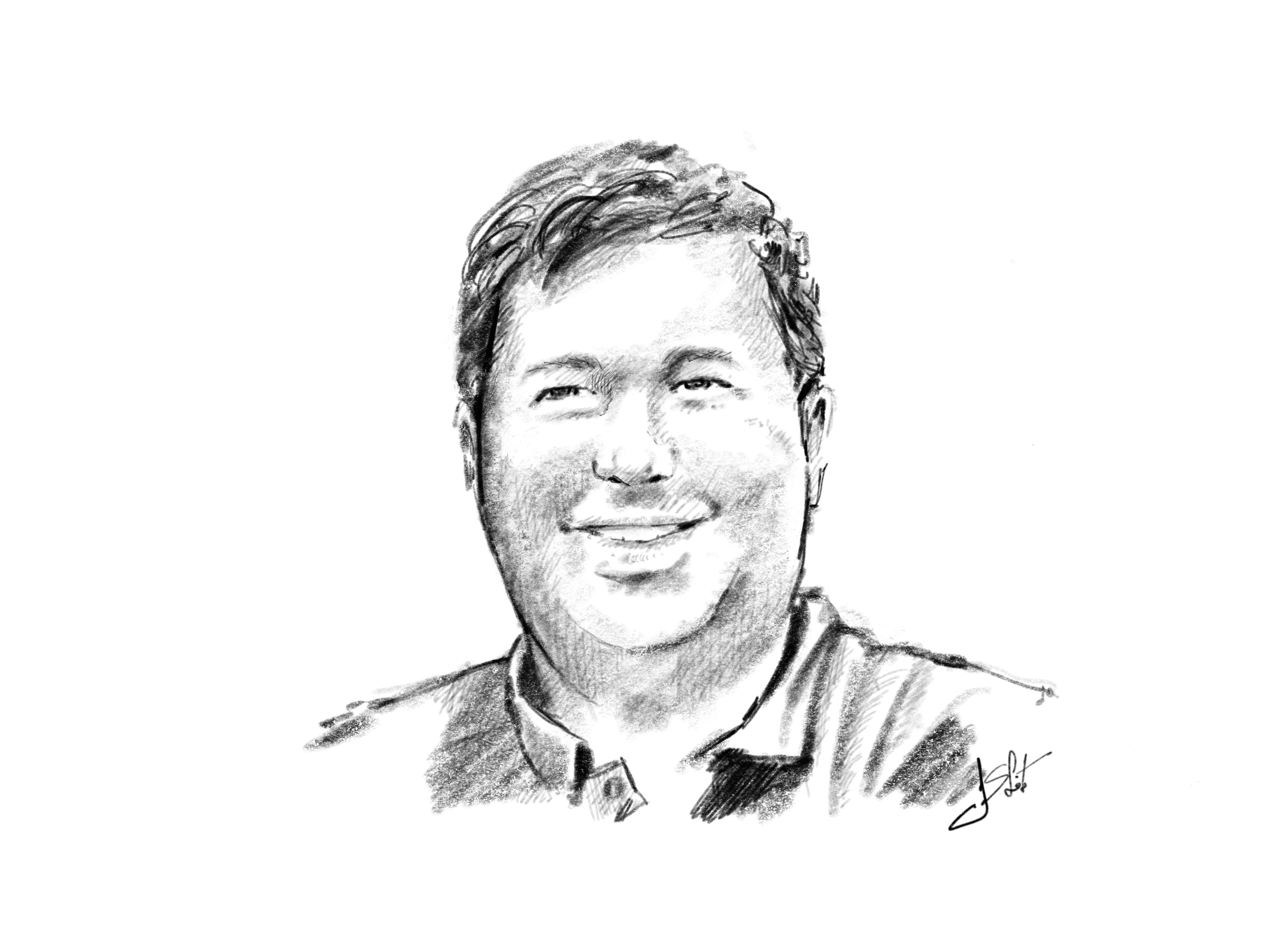 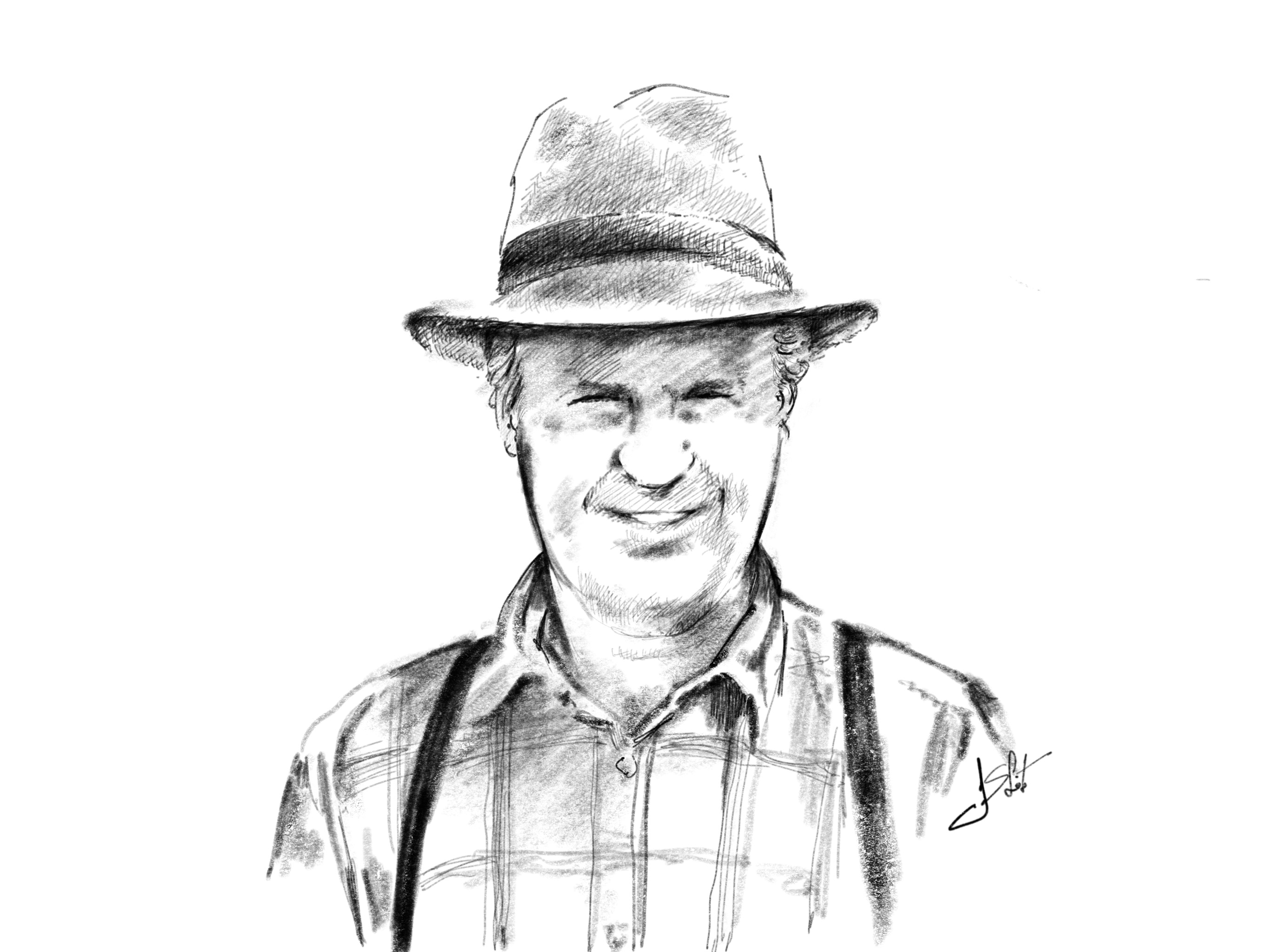 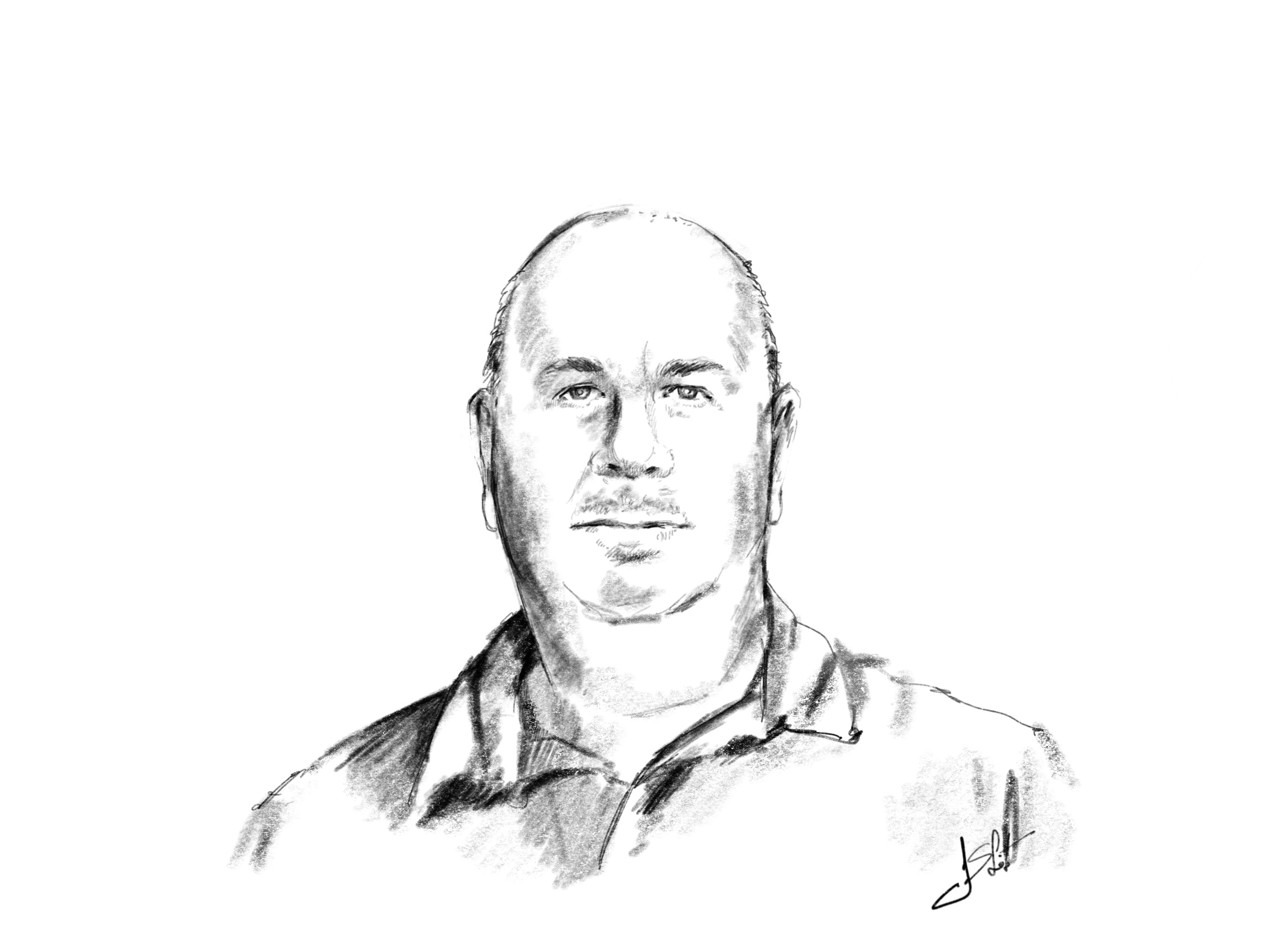 In the mid 1700s, the Amish settled in Lancaster County, Pennsylvania and shortly thereafter began growing tobacco for cigars.  It was here where the term “stogie” was coined, named after the legendary Conestoga wagons that carried settlers West in the 1800s and their drivers who smoked long, strong cigars rolled with fresh Lancaster tobaccos.

The American’s filler includes a blend of rich heirloom tobaccos grown by a cooperative of Mennonite families..

Not only are The American cigar boxes made in America by American workers, but all of the materials used to make them come from the United States as well. The cigar boxes are made from basswood responsibly grown in Ohio. The wood’s stain is made in North Carolina. The ink for the stamps on the cigar boxes comes from Illinois and the hinges are made in Massachusetts. 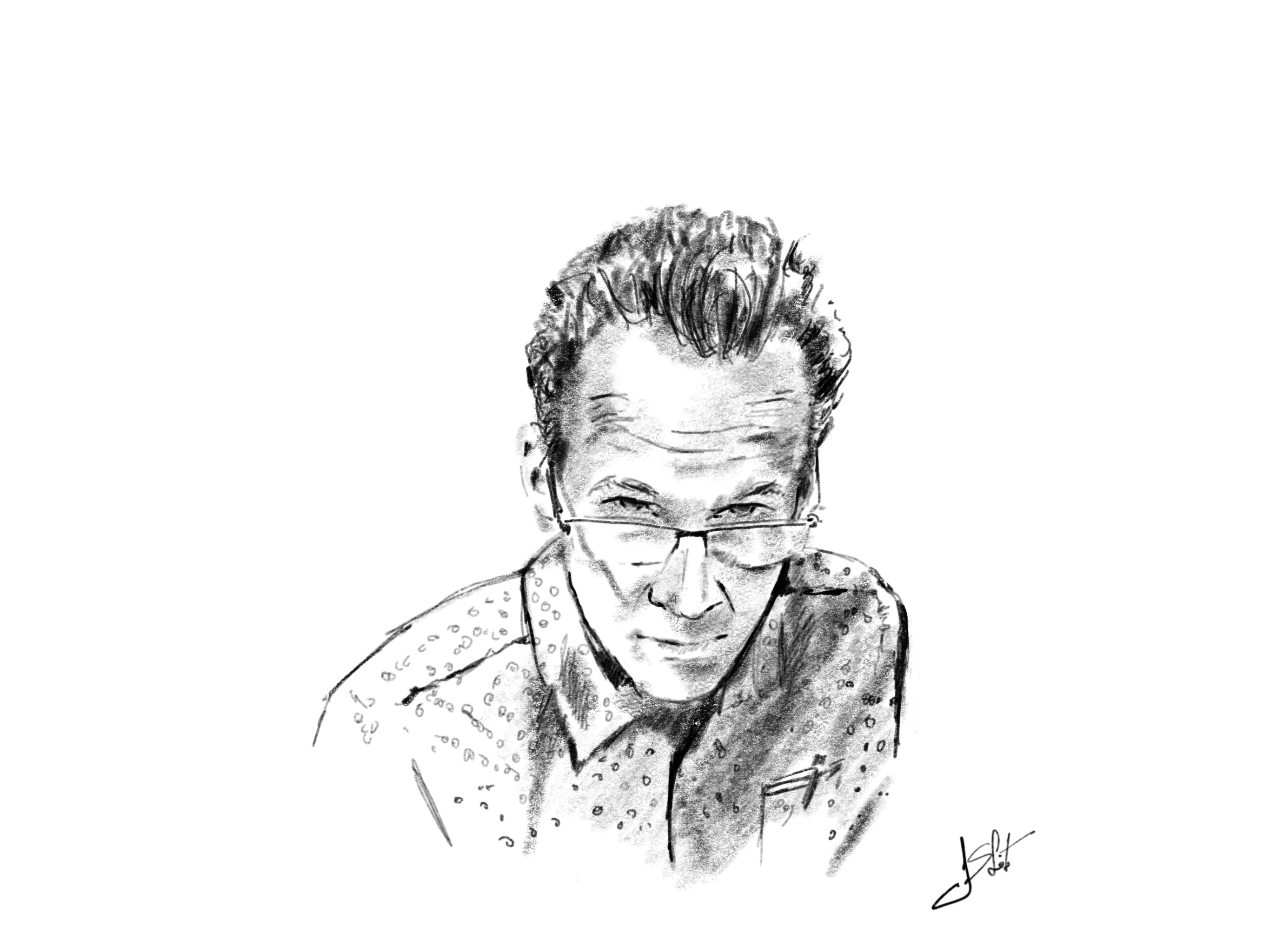 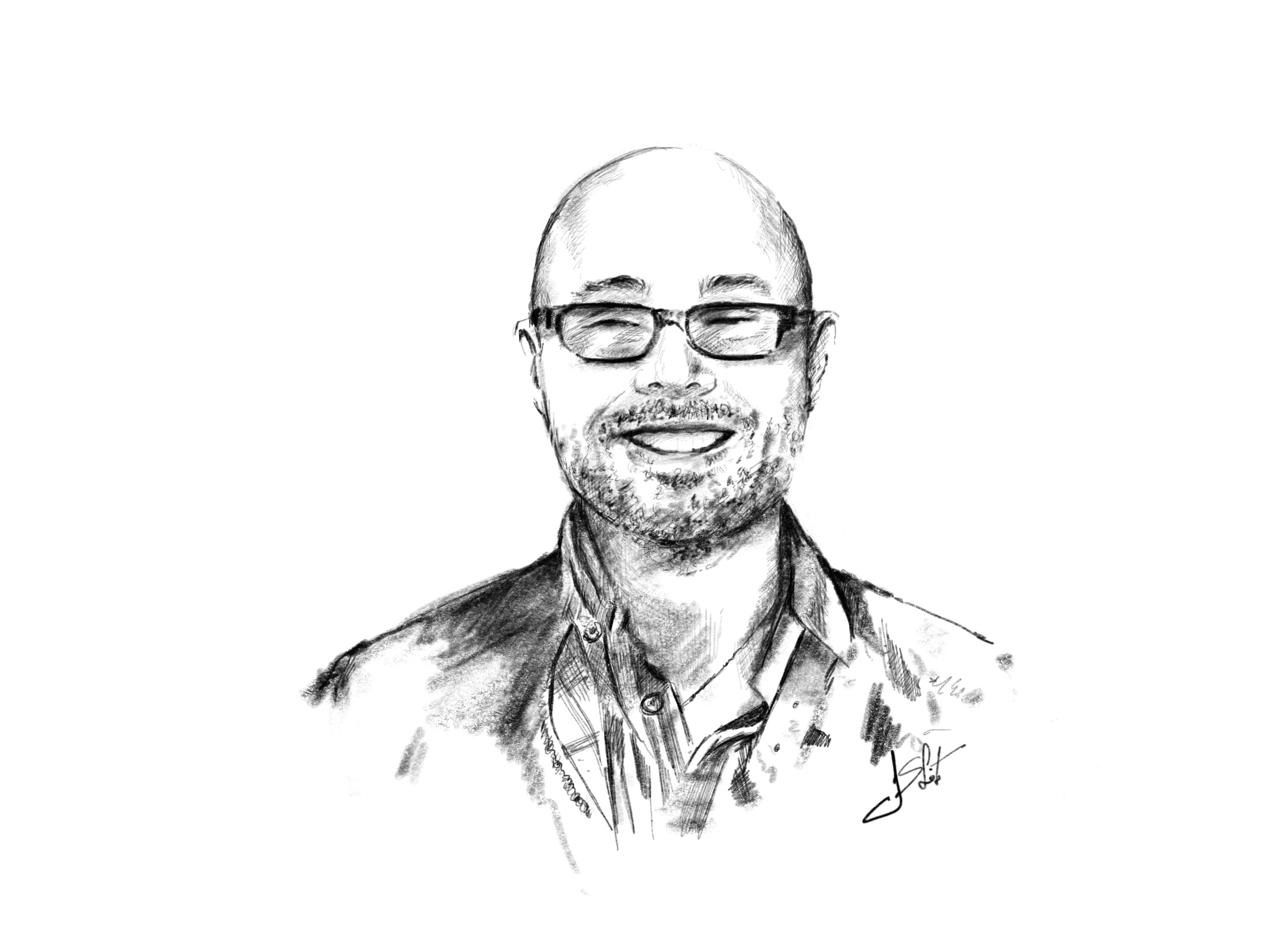 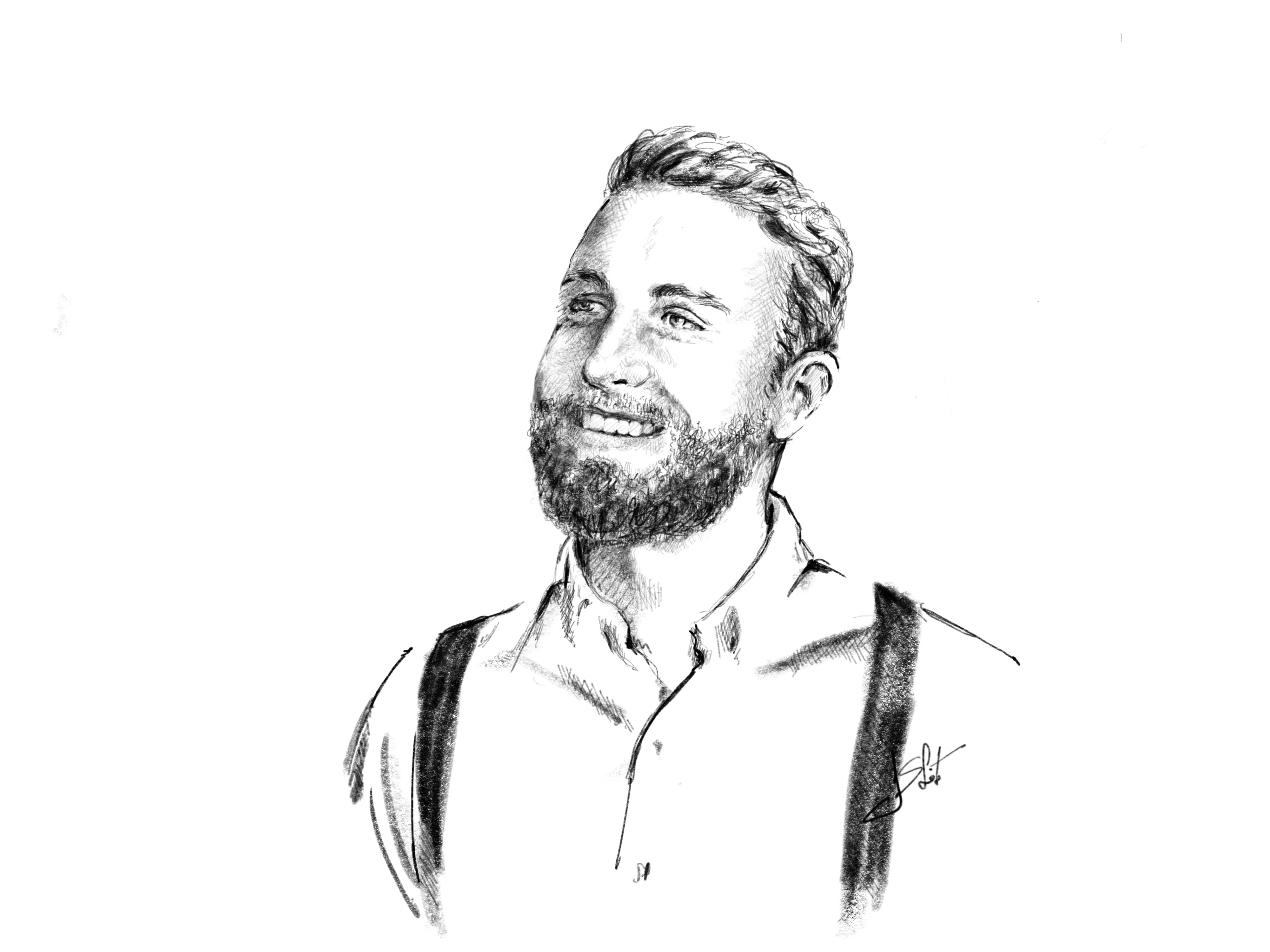 Fifty years ago, Maria Cutro Frisco was known as the finest cigar maker in El Reloj. Today, her grandson, Nick Cutro, makes the cigar molds that we use in El Reloj to hand roll The American.

Hand cigar rollers use traditional cigar molds to shape their cigars. Nick has been making cigar molds in Central Florida for more than 28 years. With plastic materials that are made in America, Nick uses computerized machines to fabricate cigar molds with great precision. His cigar molds are used by many of the major cigar factories in the Caribbean and Central America.

Glenn Wolk is a Brooklyn-based artist who has designed products for many of America’s most historic brands, from Filson and Fender to Tommy Hilfiger and Ralph Lauren. Although Glenn uses a computer for his art, his focus is creating hand drawn and hand painted work, reflecting an aesthetic and craft from a bygone era.

For The American, Glenn recreated the original cigar bands from the late 1800s. He also designed and painted the edging and cigar label. Glenn loves cigar label art and was inspired by many vintage labels in creating The American.

Tyler is a Cigar City native, growing up and attending school in the Tampa Bay area before finding his way into the cigar industry as an in-house graphic designer at J.C. Newman. He specializes in and is most passionate about authentic branding and packaging design.

Tyler created the design of The American cigar box, the seal on each box, and the book that comes inside The American box. 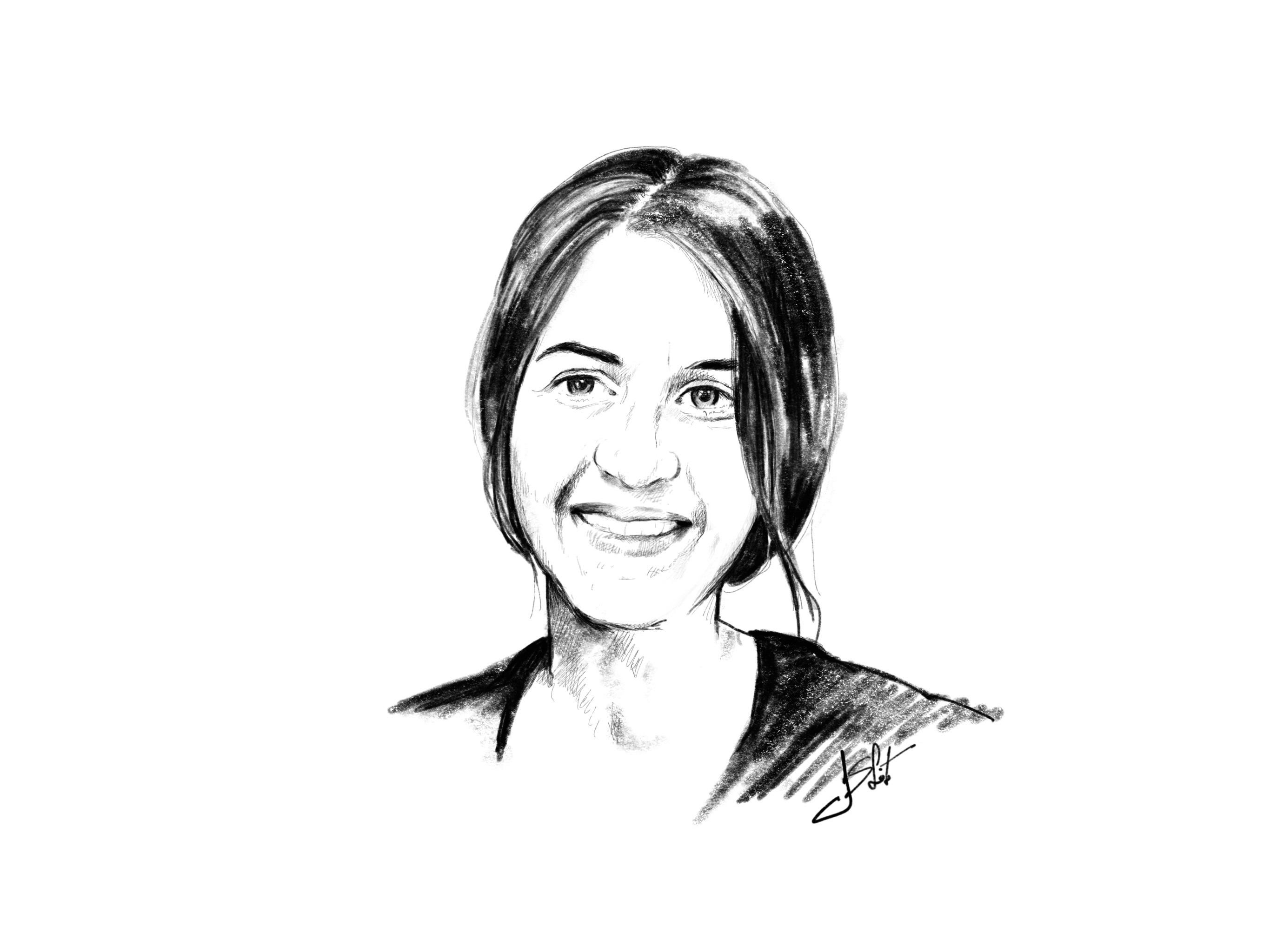 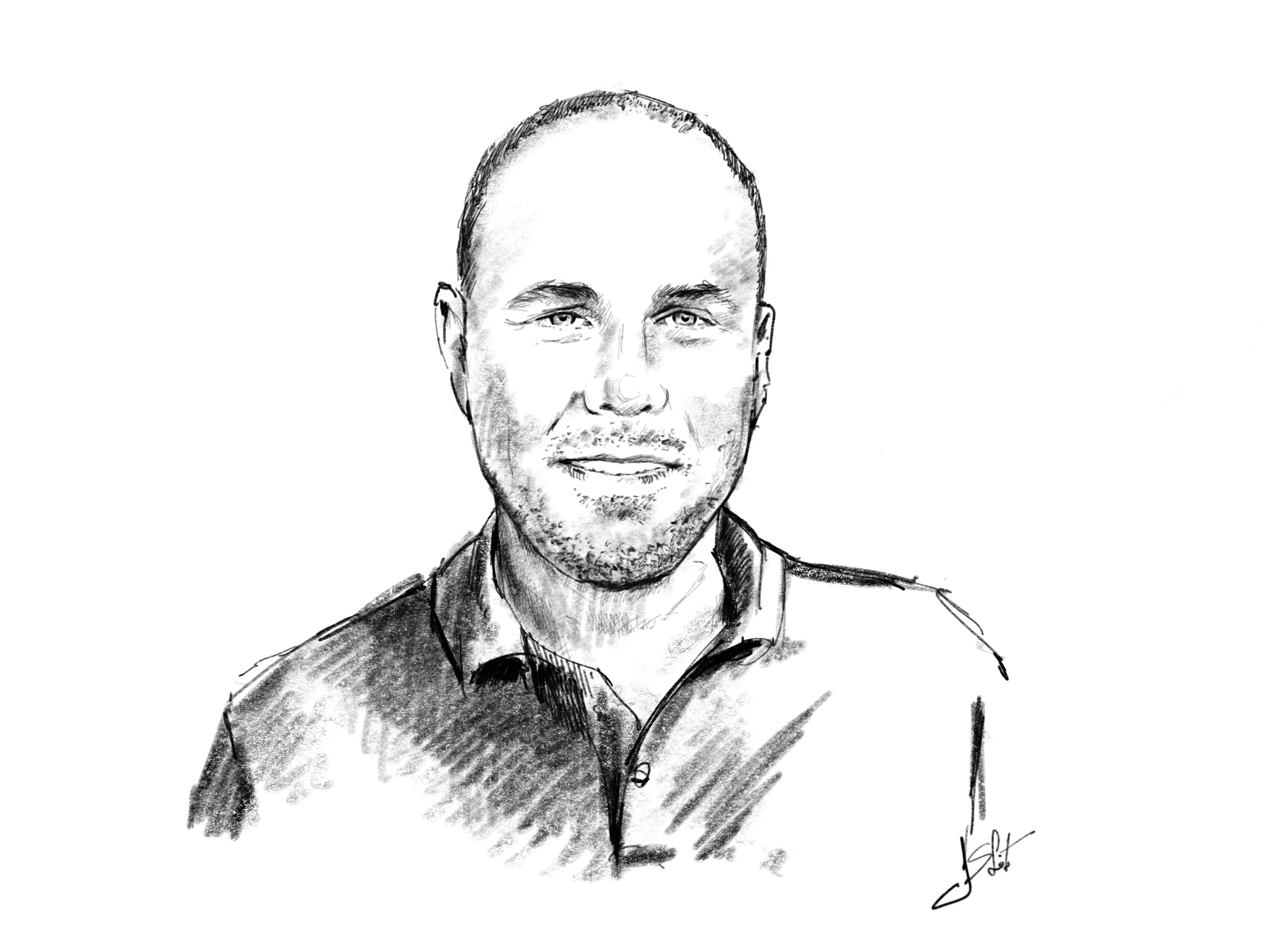 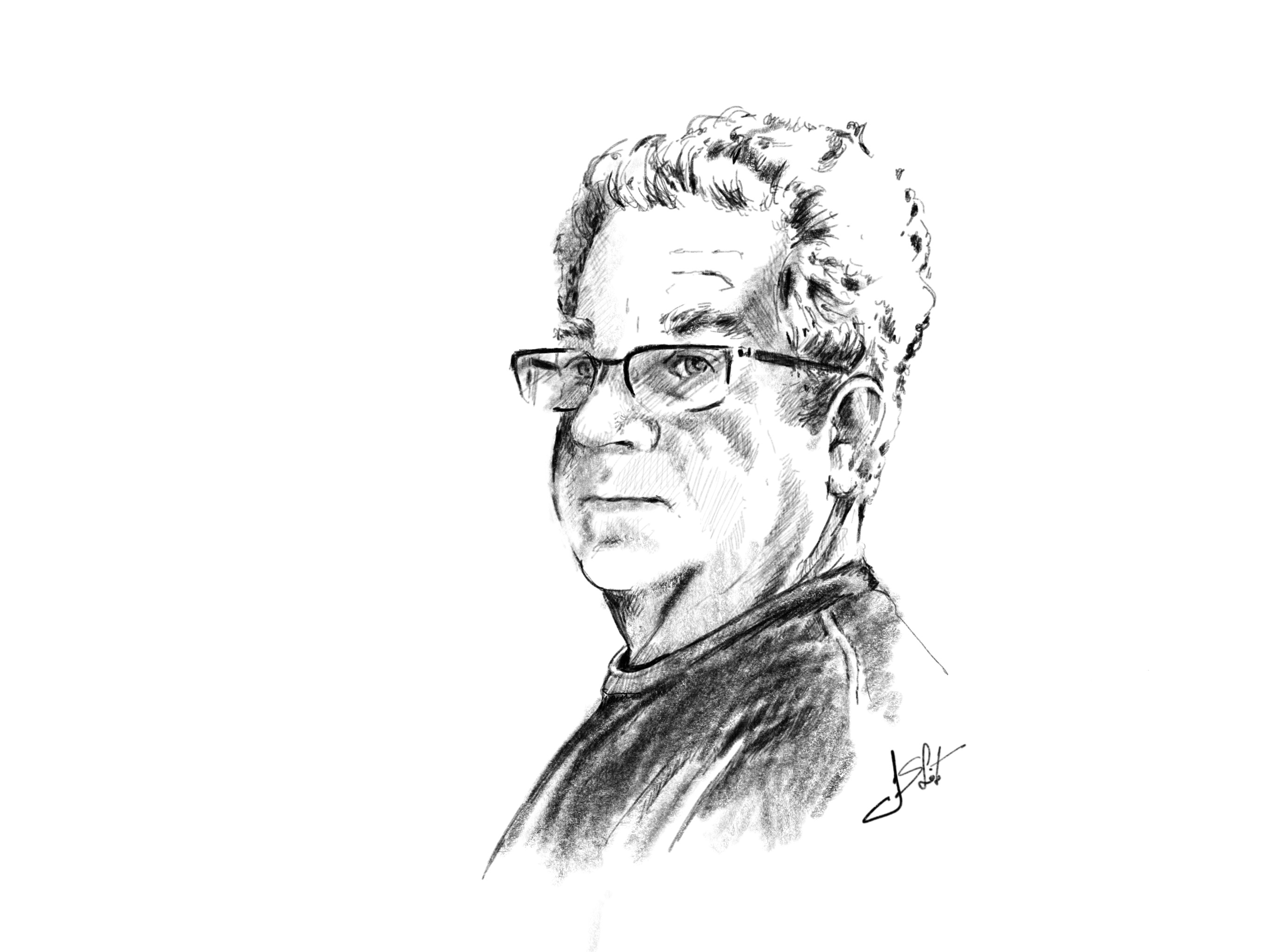 Laura Sfiat is a Boston-based graphic designer and illustrator. Born into a family of architects in Mexico City, her style is heavily influenced by the cultural background of her home city, family, and her longstanding interest in learning from the great illustrators and architects of the time.

For more than 20 years, Laura has drawn portraits and architectural renderings using the traditional techniques of pen ink and watercolor. She drew by hand all of the sketches that appear in the book inside each box of The American.

Jason Schenck takes pride in his work as one of the leading printers of cigar art. His state-of-the- art presses in Central Florida produce cigar
labels and bands for many of the world’s leading cigar brands.

Jason prints the cigar bands, labels, edging, and guarantee seal for The American in Florida on American paper that is made in Wisconsin using inks made in North Carolina.

Doug Drenberg is President of Dimenison, Inc., a family business in Tampa, Florida. The company was founded in 1963 as a photo engraving studio. Dimenison has evolved from photoengraving through modern lithography and high-quality prepress to become a full-service offset and digital printing company.

Doug printed this book on Forest Stewardship Council-certified paper from Wisconsin and inks from Florida.